The final release of Golden Tickets went live in Madden Ultimate Team 22 today, featuring the four remaining community-created Golden Tickets and a surprise developer-created Golden Ticket as well! Derrick Henry (QB), Travis Kelce (QB), Michael Pittman Jr., Deion Sanders (WR), and Aaron Donald can all be found in packs for the remainder of the year with boosted odds over the next 48 hours. Check out the new GT's and their full ratings below: 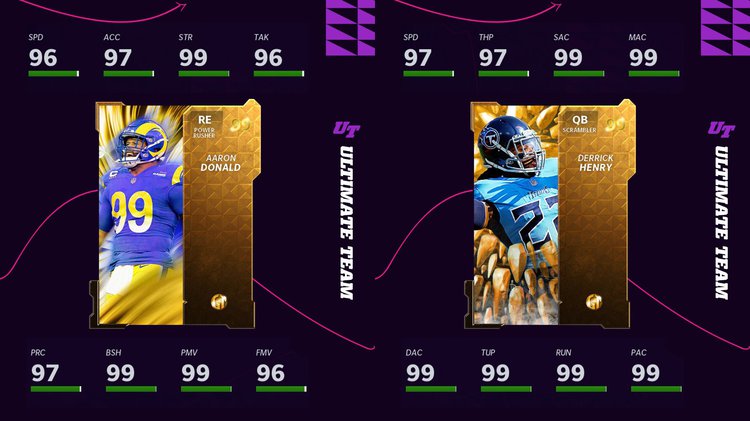 Did EA save the best release for last? Share your thoughts on today's Golden Tickets with us in the comments.