The second wave of Golden Tickets went live in Madden Ultimate Team this morning, including Matt Ryan, A.J. Dillon, Collin Johnson, Cordarrelle Patterson (CB), and Mike Evans (SS). The pull rates and prices of last week's Golden Tickets were rather disappointing. However, this week we now have a Training Variety Pack in the Store that will hopefully make Golden Tickets more affordable/attainable. This pack can be purchased for 4,250 Training Points and can contain an alternate uniform, 87+ OVR Ultimate Legends Player, a common or better Strategy Item, or a 99 OVR Golden Ticket.

If you're newer to MUT, Golden Tickets are community-created players with unique Ability buckets, allowing them to equip some Abilities for less AP than they usually could. Once released, Golden Tickets will remain in packs for the rest of MUT 22. GTs supposedly have a boosted pull rate during the first 48 hours after they've been released, but if last week's GTs were boosted, I'd hate to see the normal odds. 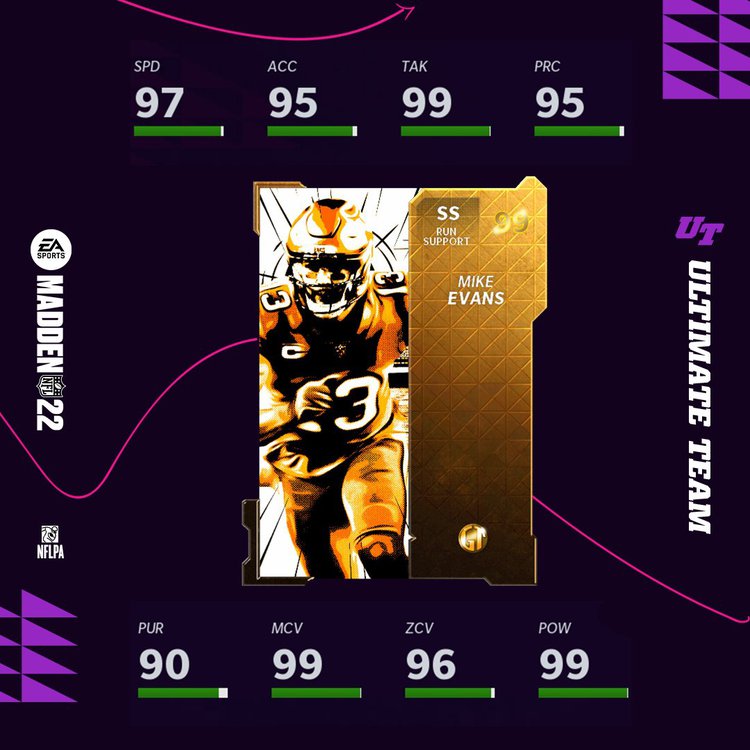 The following new offer can be found in the Store (cost listed first): 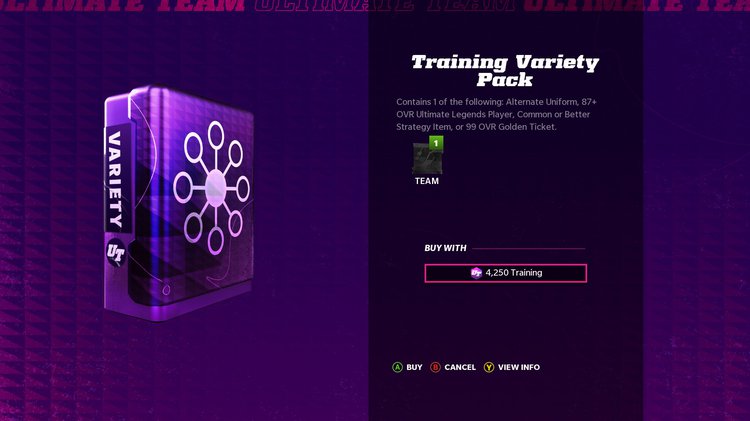 What are your thoughts on the second batch of Golden Tickets released today?