The third release of Golden Tickets has gone live in Madden Ultimate Team with QB Cam Newton, QB Ben DiNucci, WR Josh Gordon, CB Chris Westry, and FS Jeremy Chinn all being released into packs. Today's newly released Golden Tickets will be available for the remainder of MUT 22, but have boosted odds for the first 48 hours. The addition of the Training Variety Pack to the Store last week brought the price of Golden Tickets down considerably, so you can probably expect similar prices for today's GTs.

Check out each player's full ratings and custom Ability Bucket info below: 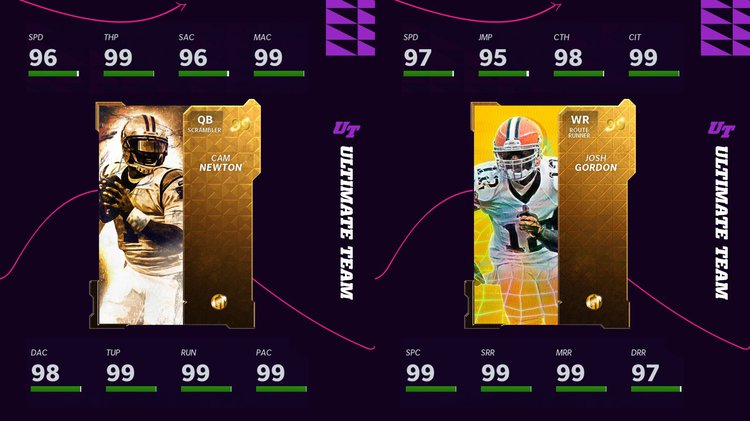 What are your thoughts on the 3rd release of Golden Tickets?