The fifth release of Golden Tickets went live in Madden Ultimate Team 22 today, including Russell Wilson, Cordarrelle Patterson (HB), Plaxico Burress, Ted Hendricks (SS), and William Perry (FB). All of today's newly released Golden Tickets can be found in packs for the remainder of the year, but with boosted odds for the next 48 hours. 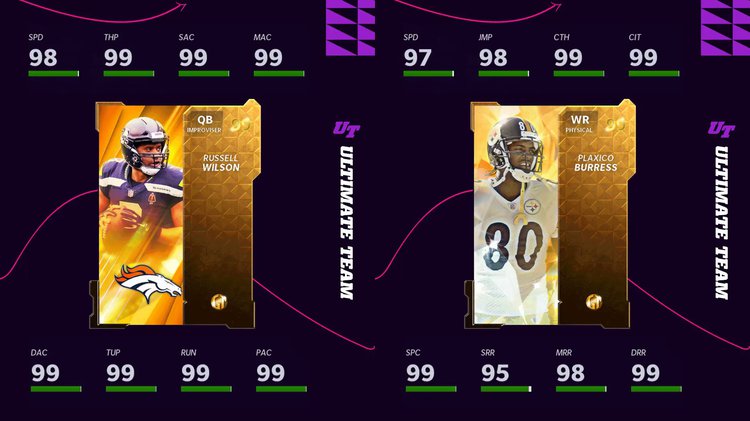 What are your thoughts on the latest batch of Golden Tickets?