Keeping up with the current Playoff atmosphere, EA has released Playoff Legends this weekend, featuring Seahawks QB Russell Wilson and Saints CB Marshon Lattimore. Playoff Legends work the same way as the normal Saturday releases, but instead of retired Legends, we have active players who have come up big in a previous year's Playoff game.

Russell Wilson is an Improviser QB with 94 SPD, 97 THP, 97 RUN, 96 MAC, and 95 DAC ratings. Wilson can equip the Escape Artist Ability for 5 AP and the Gunslinger Ability for 6 AP. Due to the recent AP increase on these Abilities, it may be worth opting for Pass Lead Elite at 3 AP instead of Gunslinger to save some AP.

LTD versions of Wilson and Lattimore can be found in packs until 10 AM ET on Monday, January 24th. Each player's 96 OVR Boss Edition can be earned by completing their set (details under Sets). 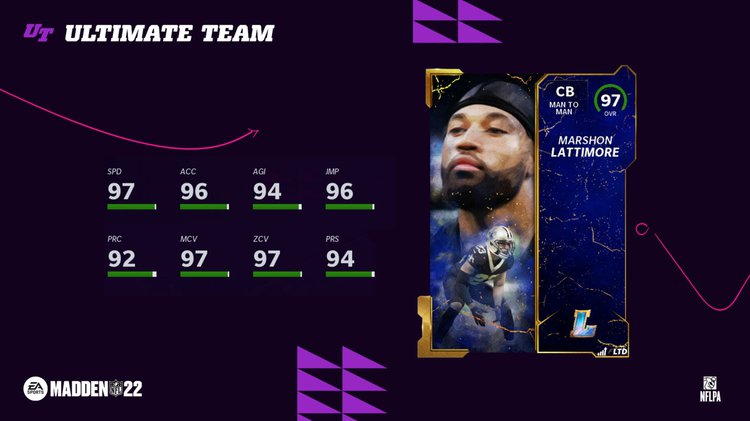 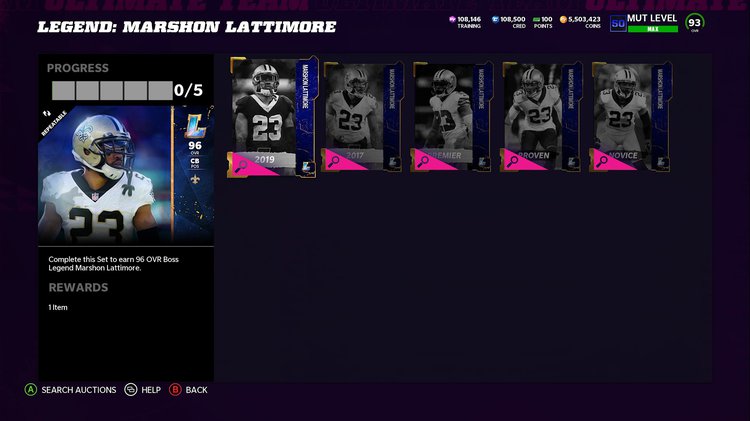 Complete both of today's new Challenges to earn a NAT Novice Legend Player (89 OVR) of your choice between Russell Wilson and Marshon Lattimore. Completing each solo also rewards you with 1,000 Coins, the respective player's Power Up item, and 1 Legends Token needed for the Token Exchange Set. 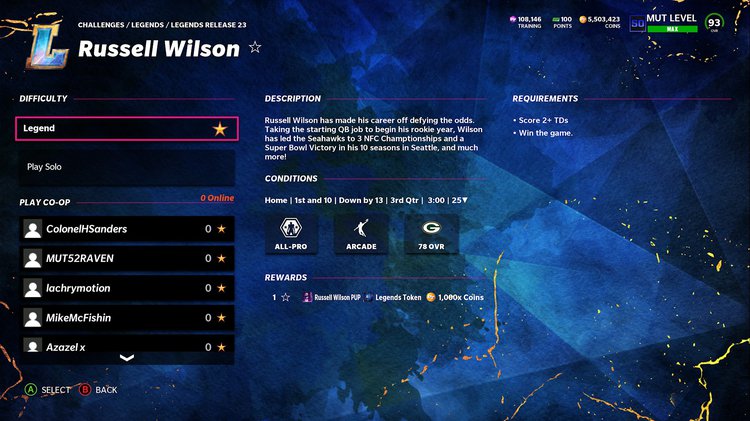 What are your thoughts on Wilson and Lattimore being included in the Legends Program?