After another exciting week of NFL action, it's time to highlight some of the best performances from Week 4 of the NFL Season in Madden Ultimate Team. Leading the way with Player of the Week honors is Bills SS Jordan Poyer after recording 2 interceptions in his team's 23-20 win over the Ravens. Poyer comes with Pick Artist (1 AP) and Deep In Zone KO (2 AP) in his custom ability bucket and can equip Bills, Eagles, or Browns Team Chemistry.

The Legendary Champions commemorating great performances from Week 4 in previous seasons are Plaxico Burress and John Randle. Plaxico Burress is a 6'5'' Physical WR who can equip Giants, Steelers, Jets, or Legends Team Chemistry. In his custom ability bucket, Burress can equip Red Zone Threat (2 AP) or Mid In Elite (2 AP). John Randle is a Speed Rusher DT with Vikings, Seahawks, and Legends Team Chemistry available to be equipped. For Randle's custom ability bucket, you can equip Crusher (1 AP) or No Outsiders (1 AP).

The Limited Edition (LTD) Player for Week 4 is a Power Rusher ROLB who currently plays for the Vikings, though his LTD commemorates a performance from his days with the Green Bay Packers. Along with Packers and Vikings Team Chemistry, Smith also has Ravens and Legends Team Chemistry options. Edge Threat (3 AP) and El Toro (2 AP) are Smith's available custom abilities. LTD Za'Darius Smith can be found in packs until 10 am ET on Thursday, October 6th.

Team of the Week 4 Players 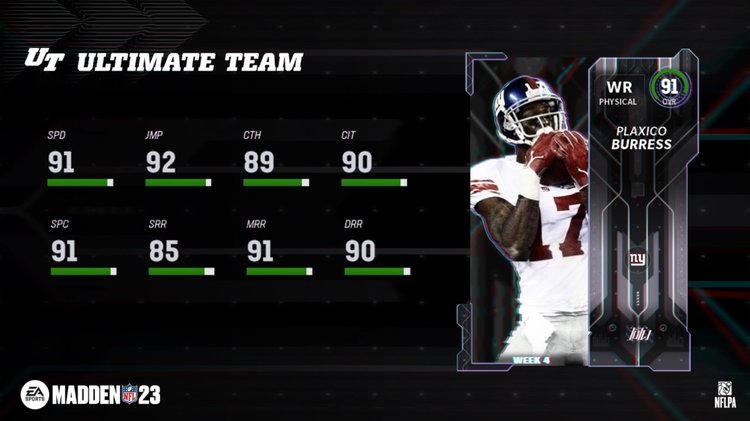 Team of the Week 4 Sets 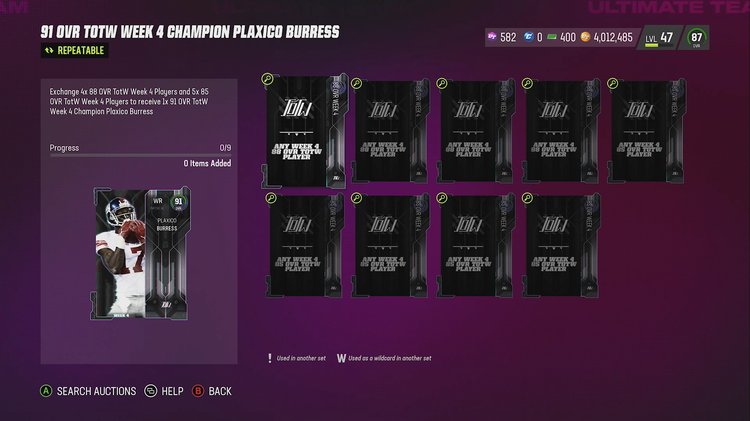 Team of the Week Challenges 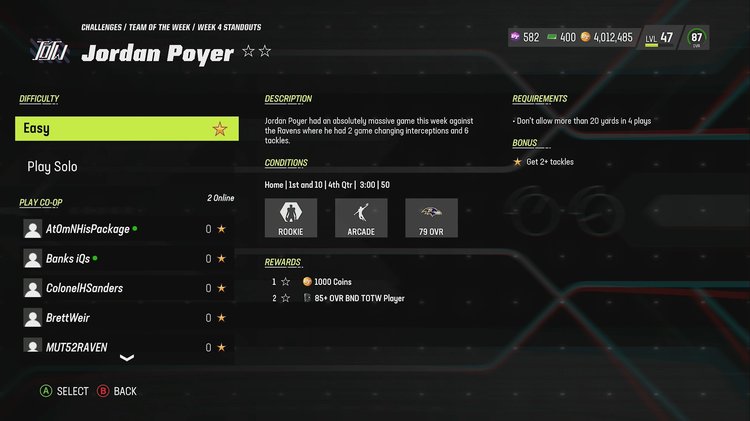 What are your thoughts on this week's TotW?