It's Saturday and that means it's time for new Ultimate Legends in Madden Ultimate Team 22! Our Ultimate Legends for this weekend are LTD Ed Reed, Bo Jackson, and Bruce Smith. LTD Ed Reed can be found in packs until Monday, May 16th at 10 AM ET. The 99 OVR Career Edition of Bo Jackson and Bruce Smith can be earned by completing their respective set that requires multiple versions of the player's lower-rated UL items (details under Sets).

LTD Ed Reed is a Zone SS that can equip Ravens, Texans, or Jets team chemistry when added to his Power Up. LTD Reed has notable ratings of 97 SPD, 98 ACC, 99 PRC, 98 PUR, 98 POW, 99 ZCV, and 95 MCV. While Reed has some impressive ratings, the most attractive feature of this item is his baked-on, discounted Abilities of Film Study (2 AP) and Acrobat (1 AP).

Bo Jackson is a Power Back HB with 98 SPD, 97 ACC, 99 TRK, 97 BTK, and 97 COD ratings. Jackson can only equip Raiders team chemistry, but I'm sure we'll be seeing Bo on plenty of other teams as well. Bo's 97 OVR QB item could be very interesting, but you'll have to choose between QB and HB Bo since you can only have a player on the same side of the ball once.

Bruce Smith is a Power Rusher LE with 95 SPD, 94 ACC, 97 PRC, 98 BSH, 99 PMV, and 97 FMV ratings. Smith played the bulk of his career with the Bills but did spend his final 4 seasons in Washington, allowing you to equip either team chemistry on Smith when powered up. 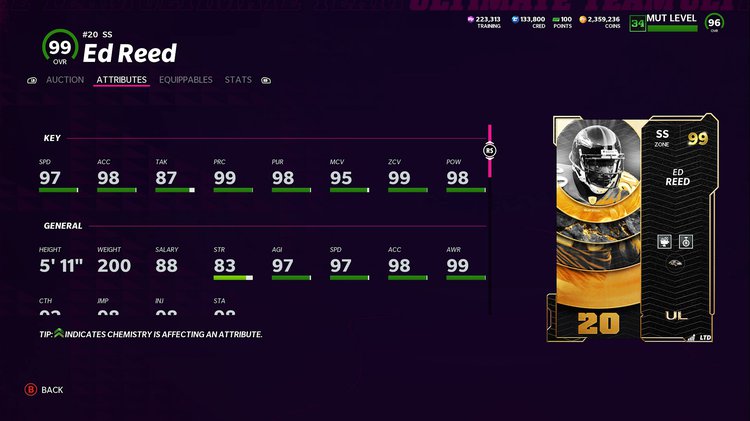 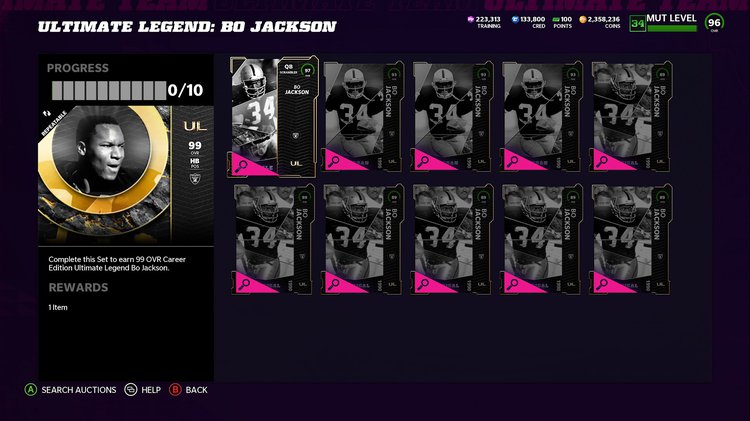 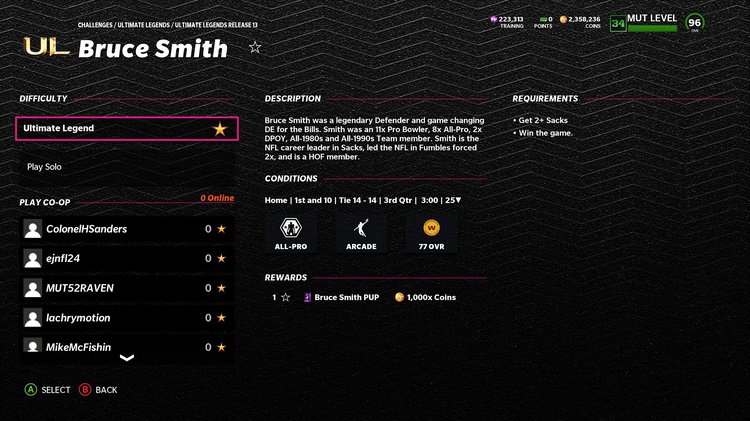 What are your thoughts on the Ultimate Legends this weekend?