The AKA Program, or "also known as" Program, debuted for the first time in Madden Ultimate Team this morning, featuring players with well-known nicknames and unique X-Factors and Abilities. Six players have been released with Part 1 of the program and an additional two players will be released every Monday until 11/28. Kicking off the program we have Marshawn "Beast Mode" Lynch, Reggie "Minister of Defense" White, Richard "Night Train" Lane, "Bam Bam Kam" Chancellor, "Iron Mike" Ditka, and Ryan "Fitzmagic" Fitzpatrick.

AKA Players receive unique X-Factors that cost AP. With these X-Factors, players will start the game with them activated for 3 plays before deactivating for 9 plays. After 9 plays with the X-Factor deactivated, it will reactivate for another 3 plays, and so on. Check out the players and program details below: 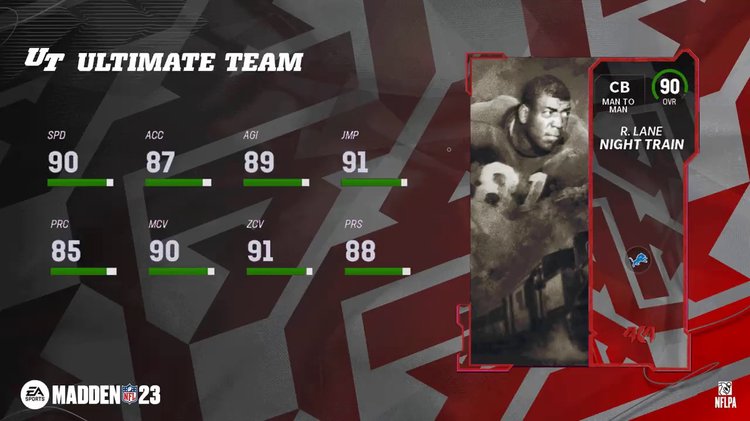 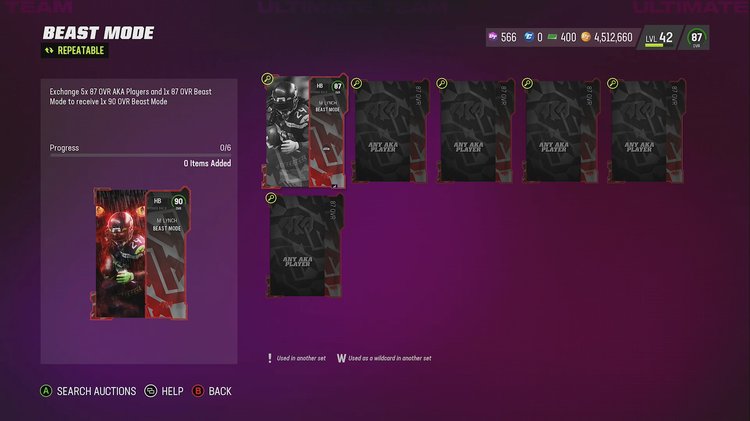 AKA Challenges and Tokens

The AKA Program comes with new Solo Challenges for each new release on Mondays. Each AKA Player released will come with 3 corresponding Solo Challenges. Complete all 3 of the player's challenges to earn 1x AKA Token. There will be a total of 26x AKA Tokens available during the program. Earn enough Tokens and redeem them in a set for a fantasy pack, allowing you to choose 1 of 3 BND full AKA Players. 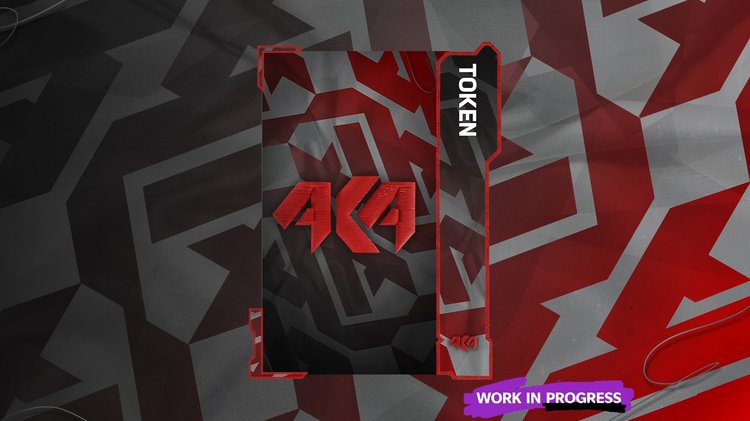 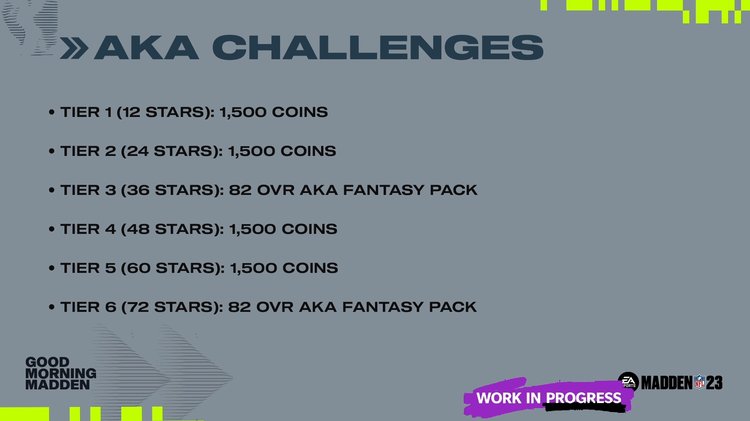 The following offers can be found in the Store (cost listed first): 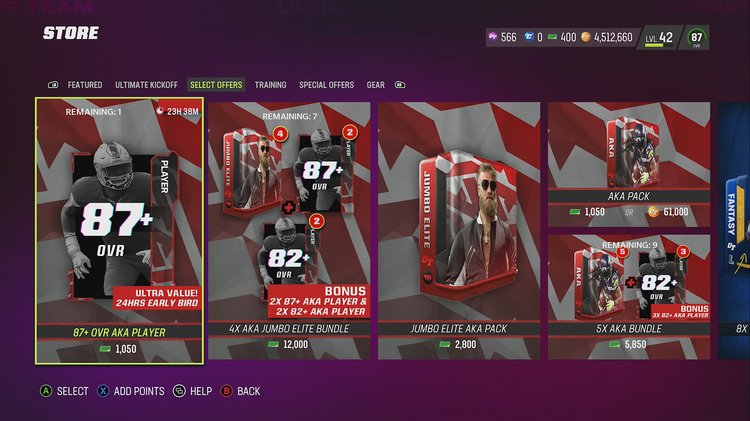 What's your first impression of this new program in MUT?