With a new season of Madden Ultimate Team on the horizon, one of the most popular questions from returning players is "What's different in MUT this year?". Today's article aims to answer that question and will be updated frequently until Madden 23's launch as more information is revealed. So bookmark this page and/or check back often!

Power-Ups in Madden Ultimate Team 23 will be far less frequent and mostly reserved for the Legends program and other special programs this year. However, many of the perks that Power-Ups provide can now be found directly on "most elites". Check out some of the key changes below: 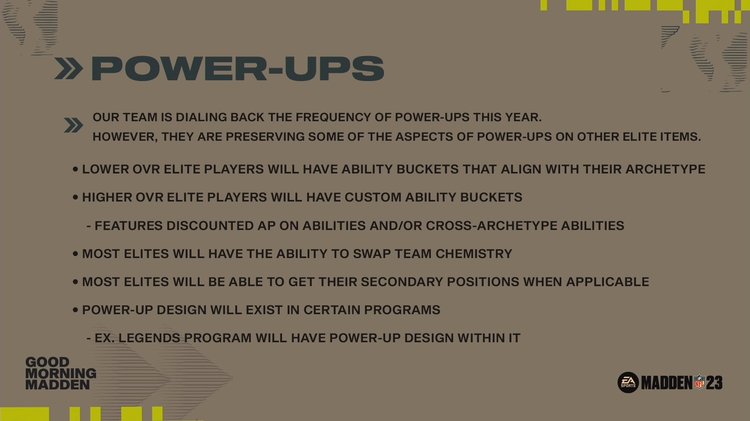 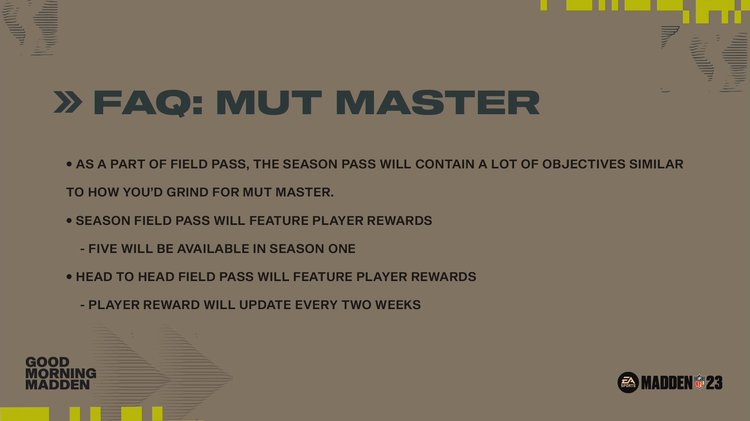 If you're familiar with Battle Passes in other games, such as Fortnite, Call of Duty, and Rocket League, then think of this as Madden's version of a Battle Pass. Passes are reward structures that allow you to earn items as you gain more XP and/or complete objectives. There will be 3 different types of Field Passes in Madden Ultimate Team 23, all of which are FREE. 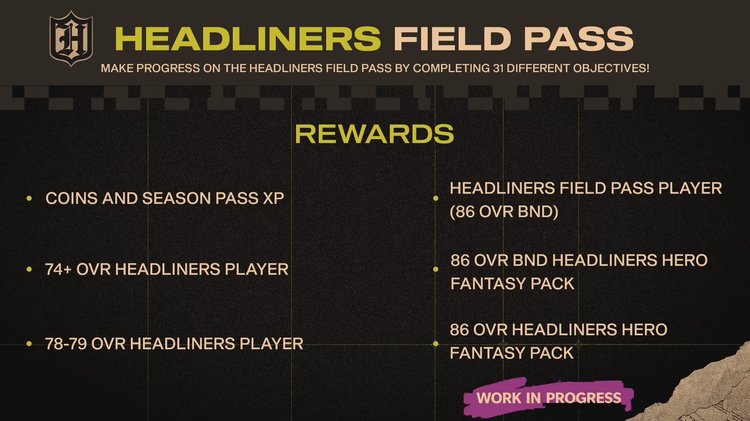 You may have noticed a "BND" symbol in the bottom-right corner of some items revealed so far by EA and be wondering what that means. BND stands for "account bound", meaning this item can not be collected, auctioned, or traded. If you played MUT 22, this is essentially just a new name for NCAT items. 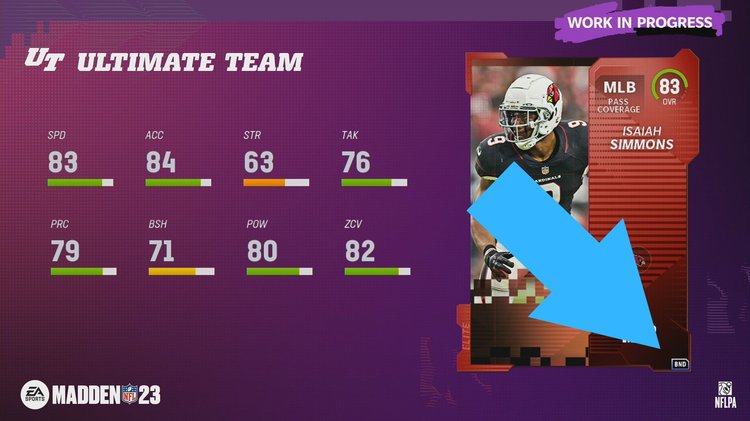 A few smaller, but welcomed changes coming to MUT 23 are the reduced Training cost of both X-Factors and Tier 1 abilities. In MUT 22, an X-Factor cost 500 Training Points to equip. In the earliest stages of the game, 500 TP can be a lot. This year, X-Factors will only cost 100 TP to equip and all Tier 1 abilities will cost 0 TP! All Tier 1 abilities in M23 will also only account for 1 Ability Point against your allotted total (with some exceptions for offensive linemen).

If you played MUT 22, you probably earned a player item with a baked-on X-Factor or abilities that you wanted to use, but couldn't due to the fact that you could not disable individual abilities. For example, if you wanted to add Acrobat to the latest cornerback released but he already had a less desirable ability like Homer baked on, you had to pay the AP cost for both abilities if you wanted to use either. There was no option to only equip Acrobat. In MUT 23, you will now be able to remove baked-on abilities, providing you with more customization and control over your lineup. A player item will no longer be unusable just because it comes with an ability you do not want to use!

Which change(s) are you most excited about this year?