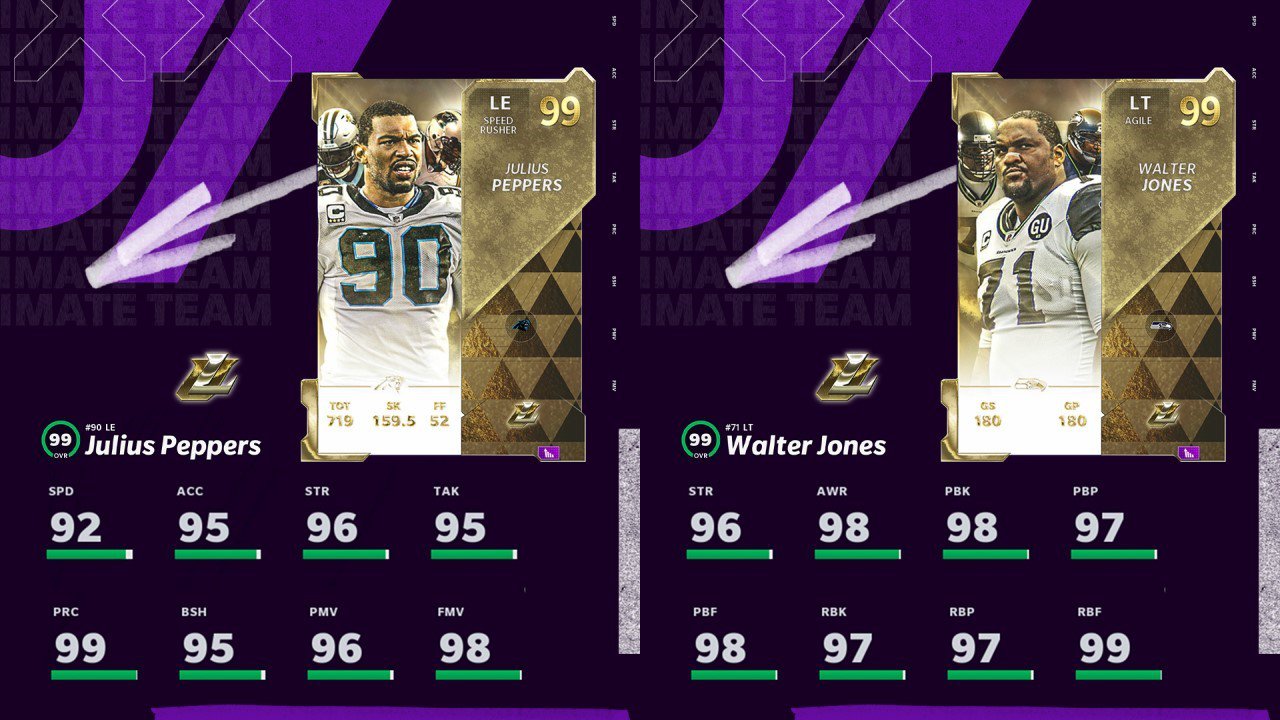 This week's release of Ultimate Legends in MUT brings us Julius Peppers, Walter Jones, and LTD Lance Alworth. Peppers is a Speed Rusher LE with 92 SPD, 99 PRC, 98 FMV, and 96 PMV ratings on his Career Edition. He also gives all 3 of his former teams an upgrade at the left end position.

The final Ultimate Legend today is Lance Alworth and he is this week's LTD, meaning his 99 OVR can only be found in packs for a limited amount of time (until 10 AM ET Monday, June 7th). LTD Alworth is a Route Runner WR with noteworthy ratings of 97 SPD, 99 DRR, 99 CTH, 98 SRR, and 97 CIT.

Click the following player items to see their full ratings, Team History, and which Abilities they can get (w/ AP cost): 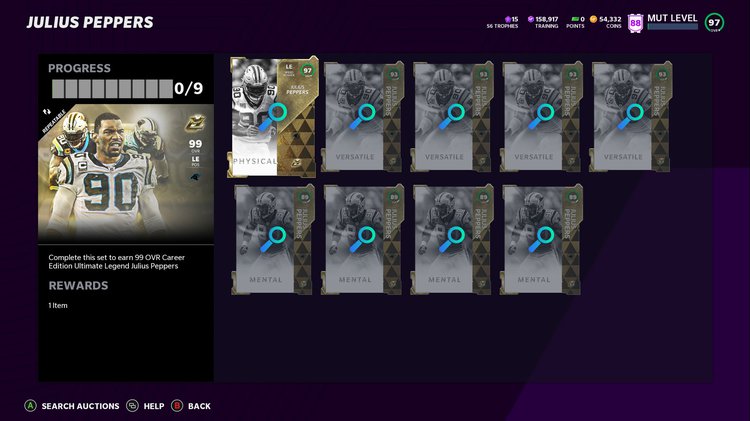 Play these challenges each week to earn Ultimate Legends Tokens needed for the UL Token Exchange Set. This week's challenge expires next Saturday, 6/12 at 10:15 AM ET.

Julius Peppers and Walter Jones have new solo challenges that will reward you with the player's Power Up item once completed. 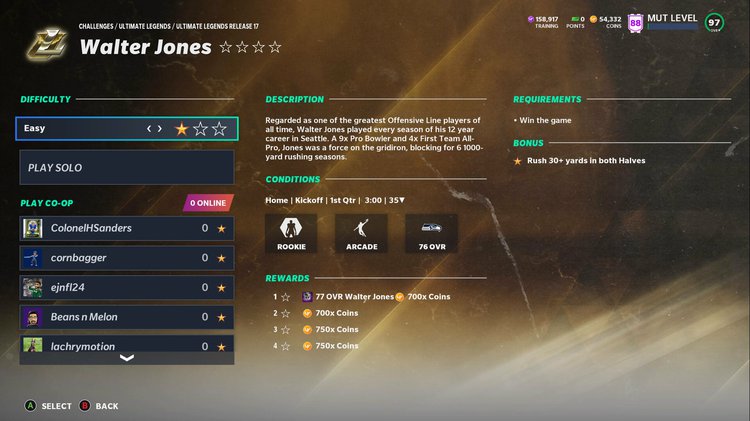