The past few weeks of Ultimate Legends have left a bit to be desired, but the first 99 OVR UL players are an absolute W! LTD Richard Seymour joins two of the MUT community's favorite players for today's release: Calvin Johnson and Ed Reed. Calvin "Megatron" Johnson reclaims his rightful spot atop the Lions WR depth chart today with his UL item that boasts ratings of 97 SPD, 98 JMP, 99 SPC, and 97 DRR.

Always the ballhawk in the secondary during his career, Ed Reed looks to bring that same energy to the strong safety position in MUT with his new Ultimate Legend and its 97 SPD, 97 ACC, 99 PRC, and 99 ZCV ratings.

This week's LTD Ultimate Legend is Richard Seymour, which can be found in packs for 48 hours until 10 AM ET Monday, April 19th. He will undoubtedly be overshadowed by names like Megatron and Ed Reed, but with 99 TAK, 99 BSH, 98 PMV, 98 STR, and 98 PRC ratings, Seymour could prove to be a solid option at DE against the run.

Click the following player items to see their full ratings, complete Team History, and which Abilities they can get (w/ AP cost)! 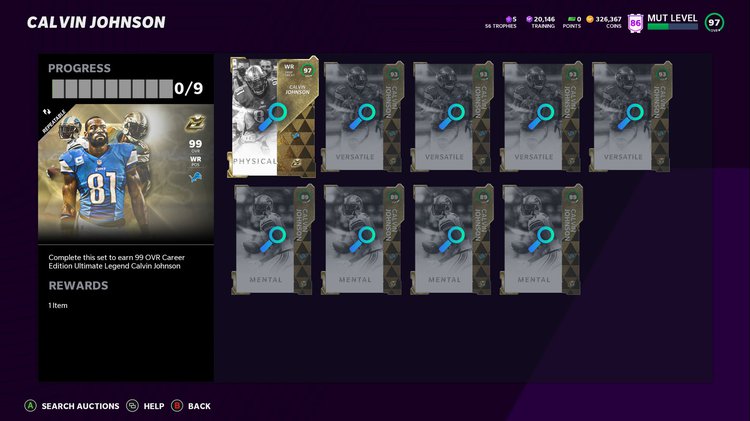 Play these challenges each week to earn Ultimate Legends Tokens needed for the UL Token Exchange Set. This week's challenge expires next Saturday, 4/24 at 10:15 AM ET.

Calvin Johnson and Ed Reed have new solo challenges that will reward you with that player's Power Up item once completed. 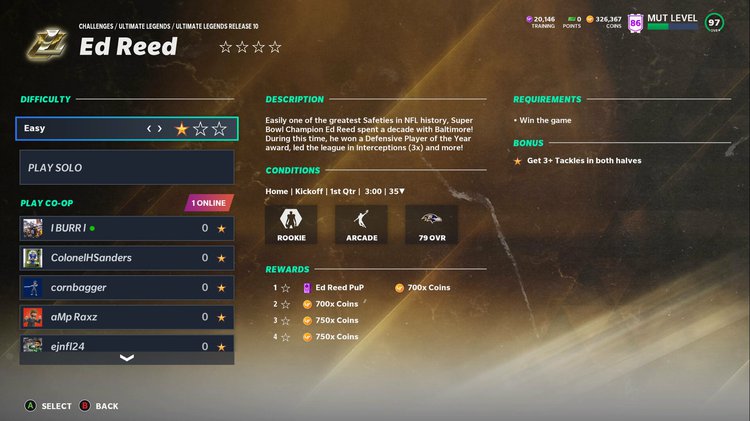