If you pre-ordered the All-Madden Edition of Madden NFL 23 before July 22nd, you'll receive your choice of one of four different 87 OVR All-Madden Team Players at the start of MUT 23. All four players have something unique to offer your team, but since you can only select one, you want to select the player who's the right fit for your squad early on. Other player rewards you receive from pre-ordering, Rookie Premiere Tokens, or buying packs can ultimately influence your final decision. Luckily for us, Madden Pro and MCS Commentator, OneGreatUser, is here today to break down each option and help us with our choice when the time comes.

Check out OneGreatUser's video below or continue reading for a brief summary: 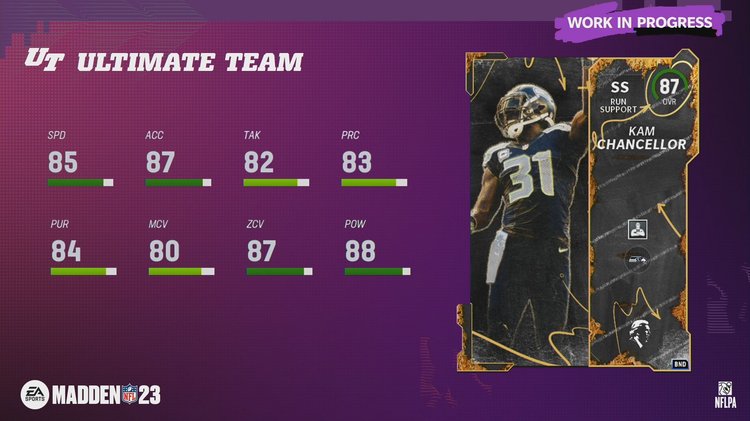 The first player we'll be looking at is Legendary Seahawks SS "Bam Bam" Kam Chancellor. Kam earns his nickname with this item coming equipped with 88 hit power and the Enforcer ability for 2 AP. Based on all items that have been revealed so far, it looks like Kam will be the only safety at launch with Enforcer. As you can see in User's video above, Kam has no problem animating in pass coverage if you're looking for a sub-LB SS to patrol the center of the field with great reach and no problem delivering a hit. 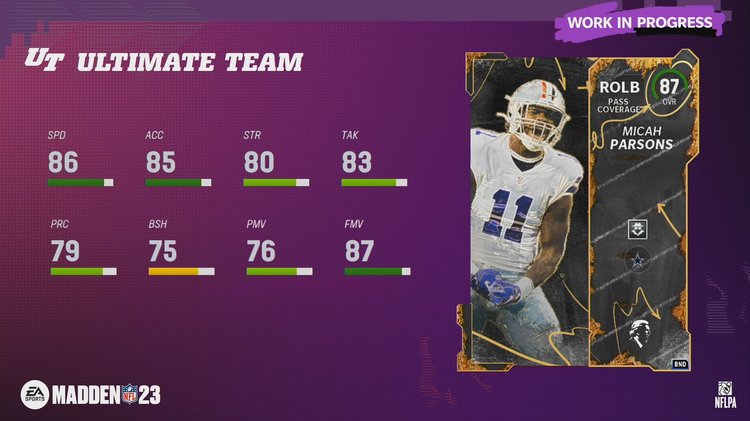 We stay on the defensive side of the ball with our next player, Cowboys ROLB Micah Parsons. He's the same height as Kam at 6'3'' but with less agility and change of direction. With the reaction time penalty to safeties playing in the box this year though, you may be looking at linebackers again in MUT 23. If so, Parsons equipped with the Lurker ability for 2 AP gives him the best of both worlds. He can defend against the run and animate in pass coverage on throws over his head thanks to his baked-on Lurker ability. 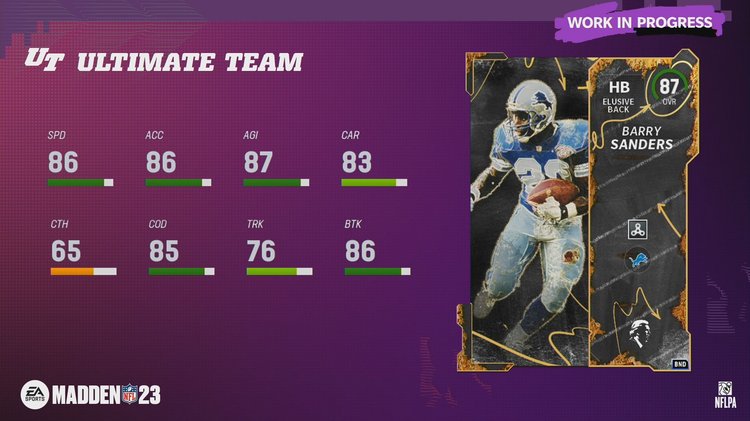 We turn to the offensive side of the ball now with one of the greatest to ever play the position, Lions HB Barry Sanders. Barry comes with the Evasive ability baked on for 3 AP, which is a combination of the Juke Box and Spin Cycle abilities. Similar to Enforcer on Kam and Lurker on Parsons, if you want a halfback with Evasive at launch, Barry will most likely be the only player with access to the ability for a week or two. With M23's new hard-cutting mechanic in the open field and Barry's 85 COD, you can see in User's video above that making people miss with Barry is no problem. 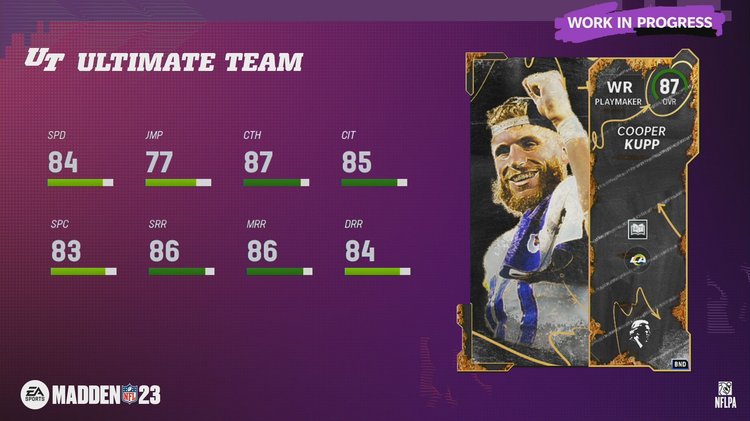 The final player we look at from the pre-order options is Rams WR and last year's Super Bowl MVP, Cooper Kupp. You may have seen Kupp's 88 OVR Core Elite item revealed by EA, which is +1 in all 8 revealed categories, and think about dismissing this as a possible selection. However, Kupp comes with Slot Apprentice baked on for 3 AP, and like the other pre-order players, he will be the only player available in MUT with this ability at launch. If you're someone who likes to get creative with your route combos, Kupp might be the guy for you.

Ultimately, there is no wrong decision here. Choose the player with the best ability for your playstyle, the best fit for an eventual theme team, or simply your favorite player out of the bunch. If you found today's breakdown to be helpful, follow OneGreatUser on YouTube and Twitch for more Madden Ultimate Team 23 content all year long!

Which of these All-Madden Players would you choose?