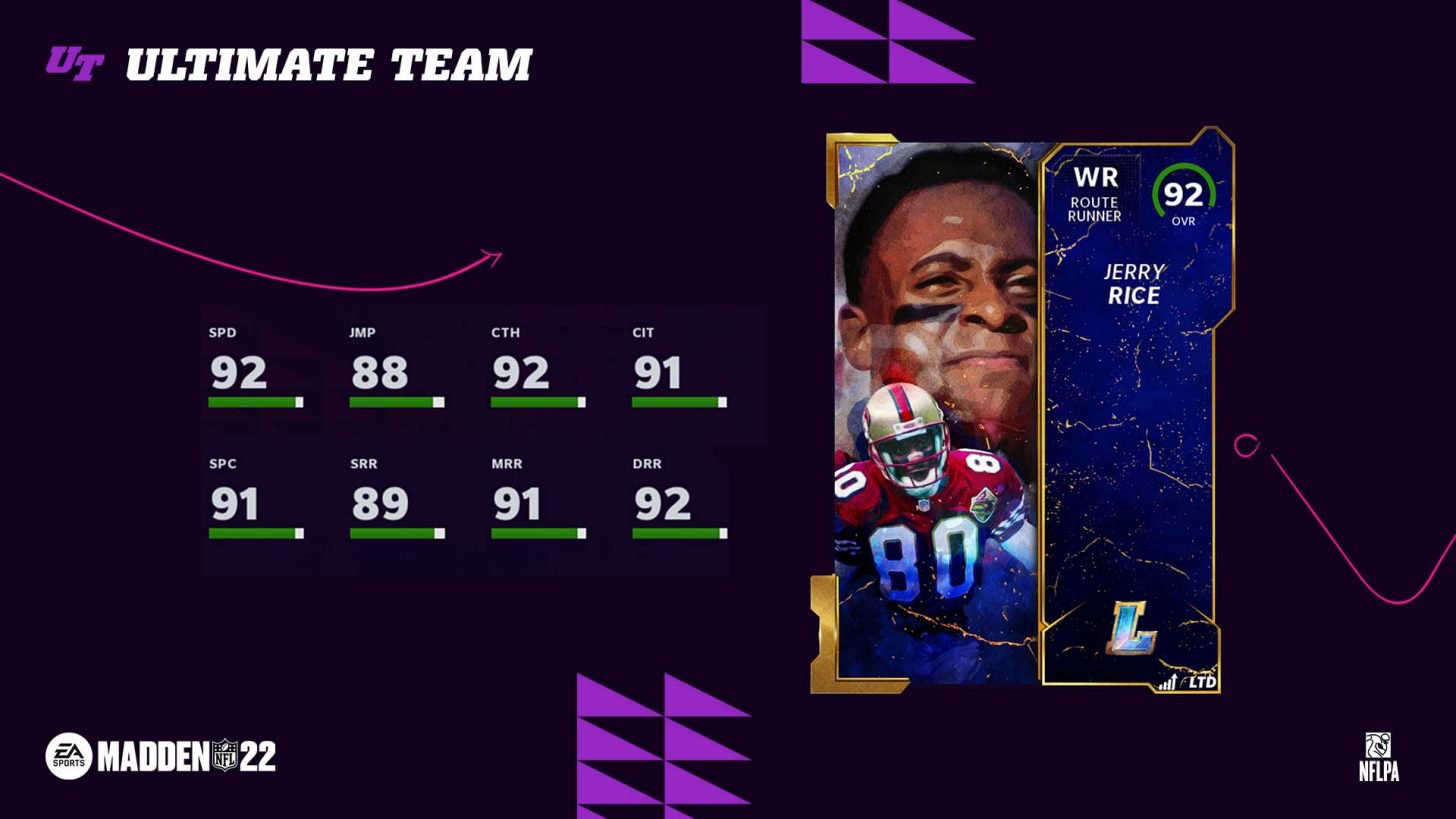 Today is a good day to be a Raiders fan since both of today's new Legends provide big upgrades to their theme team. Jerry Rice and Mike Haynes are the latest Legends to be released in Madden Ultimate Team 22. Considered by many to be one of the greatest WRs of all time, Jerry Rice played 20 seasons in the NFL for the 49ers, Raiders, and Seahawks. Rice is a Route Runner WR with notable ratings of 92 SPD, 92 DRR, 92 CTH, 91 MRR, 91 SPC, and 91 CIT on his LTD and fully-powered up items.

Mike Haynes played 14 seasons in the NFL at cornerback with 7 seasons for the Patriots and then another 7 with the Raiders, where he would win Super Bowl XVIII. Haynes enters MUT as a Man to Man CB Archetype with 91 SPD, 92 ACC, 92 JMP, 92 PRS, 91 MCV, and 91 ZCV ratings on his LTD and fully-power up versions. With these ratings and a height of 6'2'', you can expect to see Haynes on a lot of Ultimate Teams.

The LTD versions of Rice and Haynes can be found in packs until 10 AM ET on Monday, September 13th. Each player's Boss Edition can be earned by completing their set (details under Sets).

The following new sets can be found under the "Legends" section: 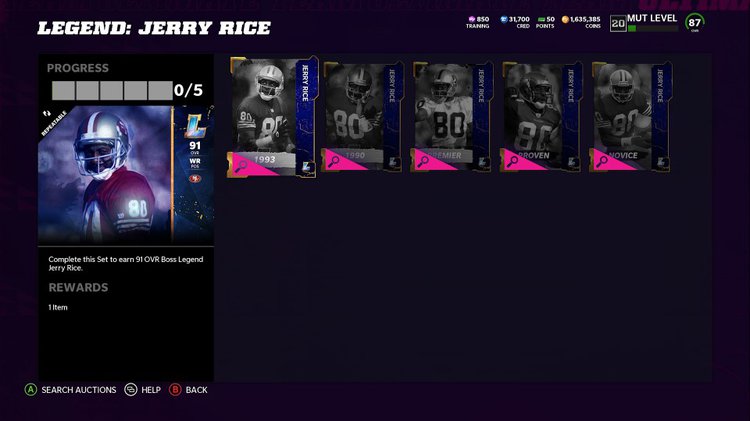 Complete both of today's new Challenges to earn a NAT Novice Legend Player of your choice between Jerry Rice and Mike Haynes. Completing each solo also rewards you with 1,000 Coins, the respective player's Power Up item, and 1 Legends Token needed for the Token Exchange Set. 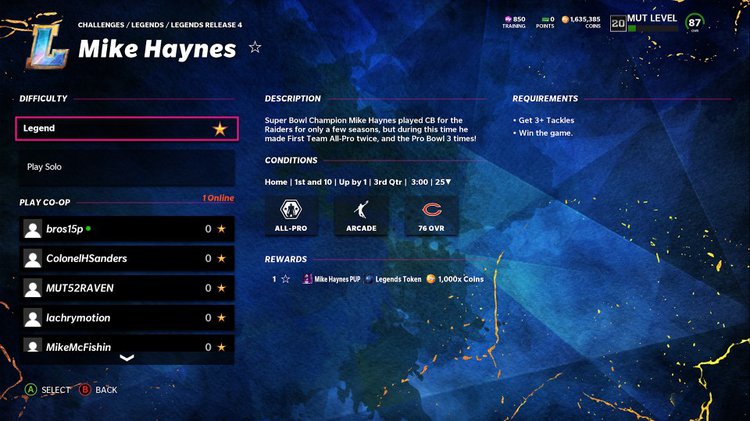 So, are you switching to a Raiders theme team now?