With the global release of Madden NFL 22 just weeks away, it's time to start thinking about not only which version is right for you, but where you should pre-order as well. In today's article, we will take a look at the location-exclusive offers when you pre-order the game through each provider.

If you're still deciding whether to get the Dynasty, MVP, or Standard edition of Madden NFL 22, check out our Pre-Order Details article.

If you pre-order your copy of Madden NFL 22 from Walmart, you will receive an Elite Peyton Manning in Madden Ultimate Team. *While supplies last. 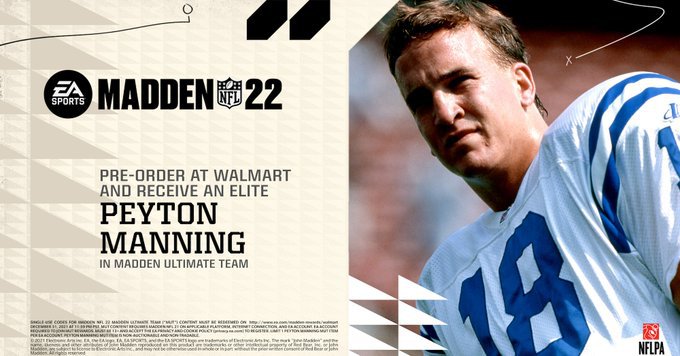 Pre-order a copy of the game through GameStop and you will receive an Elite Charles Woodson in Madden Ultimate Team. *While supplies last. 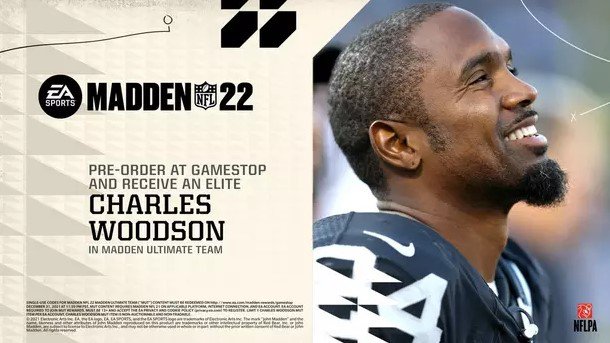 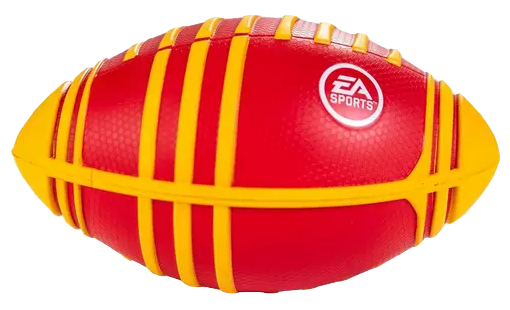 Get your pre-order through Best Buy and you will receive a free Barry Sanders Funko Pop! figure. *While supplies last. 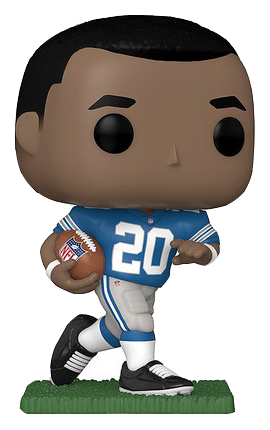 If you are more interested in saving money than pre-order bonuses, simply being an EA Play member allows you to save 10% off your purchase of any edition of Madden NFL 22 by ordering directly from your console's Store. 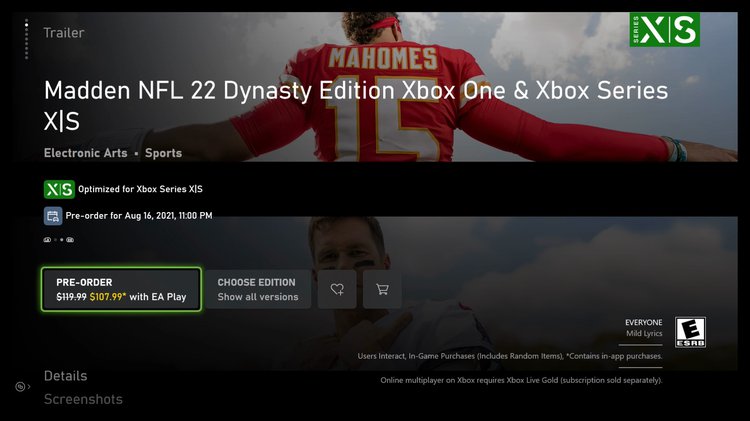 Another benefit of pre-ordering the M22 Dynasty edition from inside of M21 is you will receive a pack containing your choice of one of the following 99 OVR NAT players in M21: Patrick Mahomes, Jalen Ramsey, Randy Moss, LaDainian Tomlinson, or Charles Woodson. 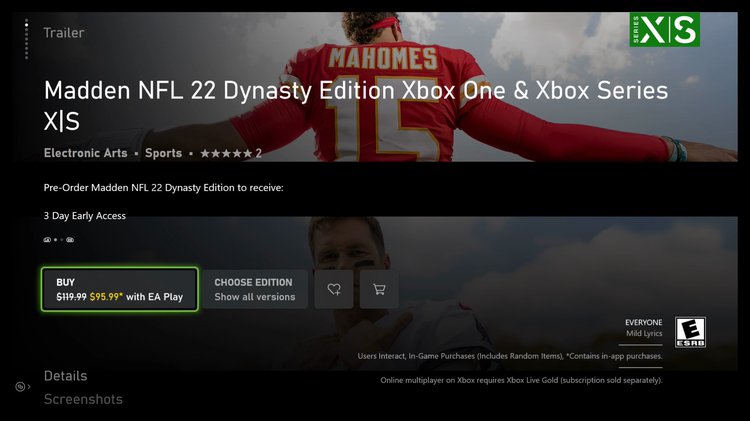 If you're an EA Play member, played Madden 21, and plan on getting the Dynasty edition anyway, ordering through Madden 21 seems like the clear favorite. If you are going with MVP or Standard, maybe you prefer starting MUT with an extra player in Manning or Woodson? Maybe you value physical items more than digital, such as the Foam Football or Barry Sanders Funko Pop! figure? Ultimately, selecting the right version and location is up to you.

If more pre-order offers become available leading up to the global release of Madden NFL 22 on August 20th, we will update this article accordingly. If you have any pre-order questions or simply enjoy talking Madden, join the Official MUT.GG Discord!