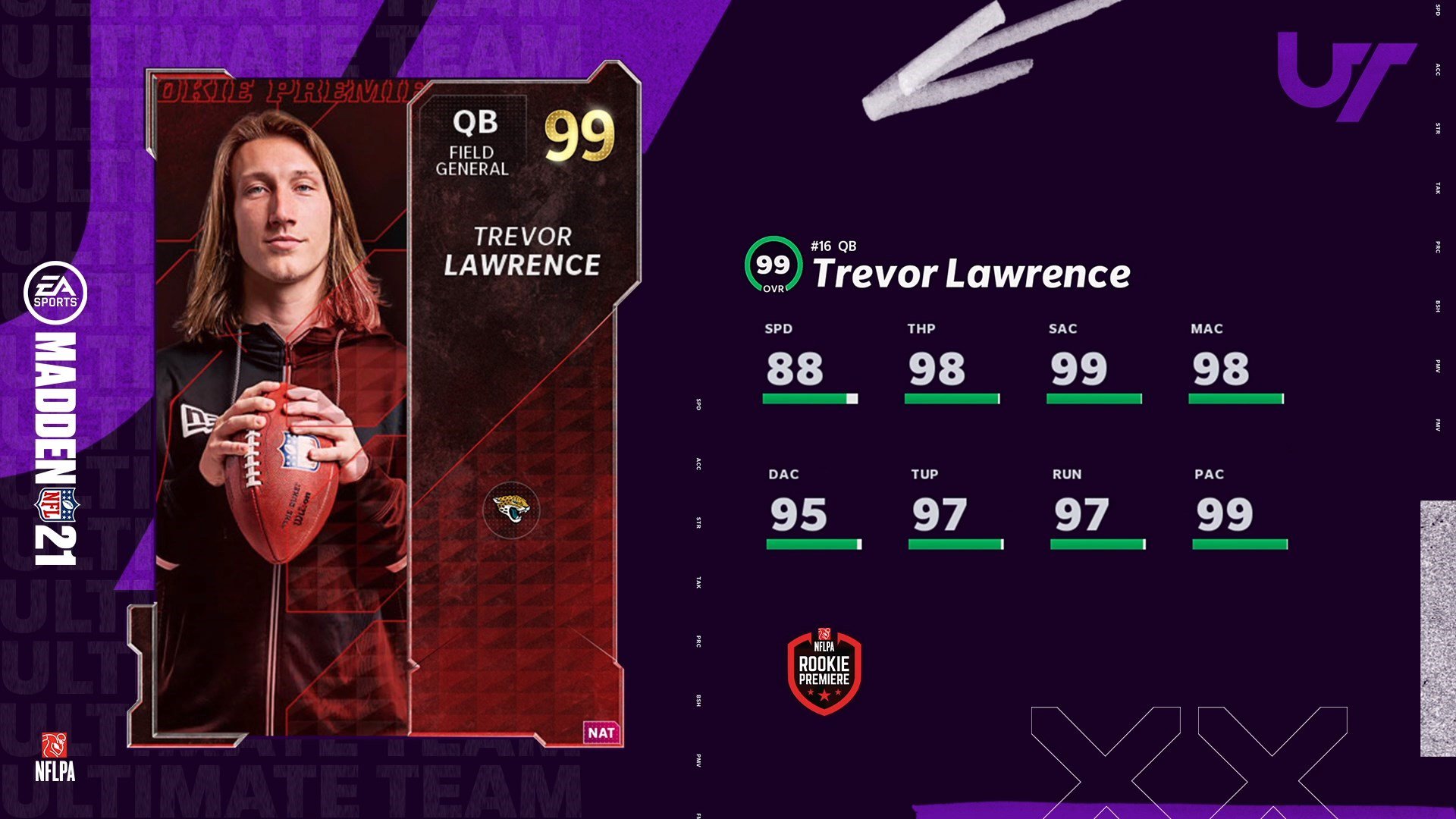 This year's Rookie Premiere Program has been revealed by EA and will go live in Madden Ultimate Team on Friday, June 11th. If you've played in previous years, this version of Rookie Premiere is a bit different, so you may want to read this article closely.

The following players are all 99 OVR and can only be acquired by completing their respective Set: 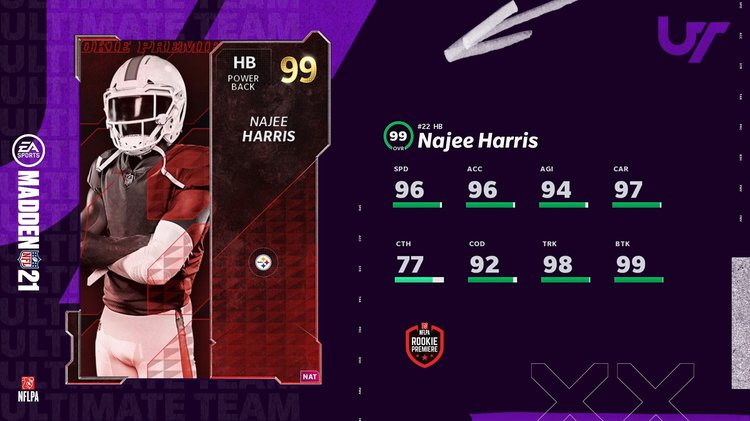 Complete these activities to earn Endorsements. Quicksell Endorsements to unlock Challenges that will net you M21 Rookie Premiere Collectibles needed for the Master Sets. Endorsements are considered an alternate currency, similar to Chill Factor during the Zero Chill Program. 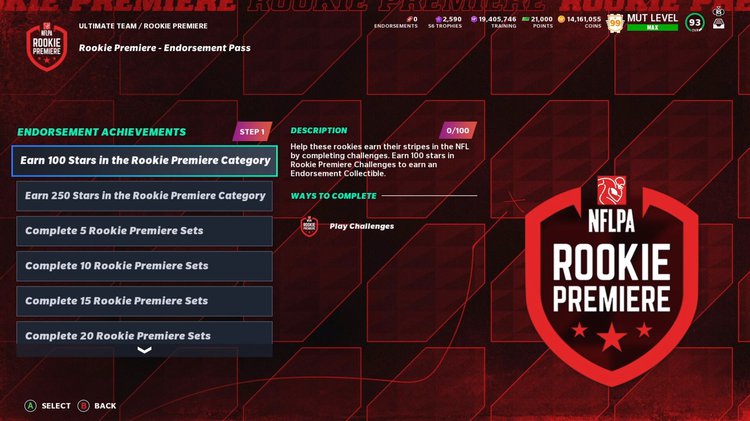 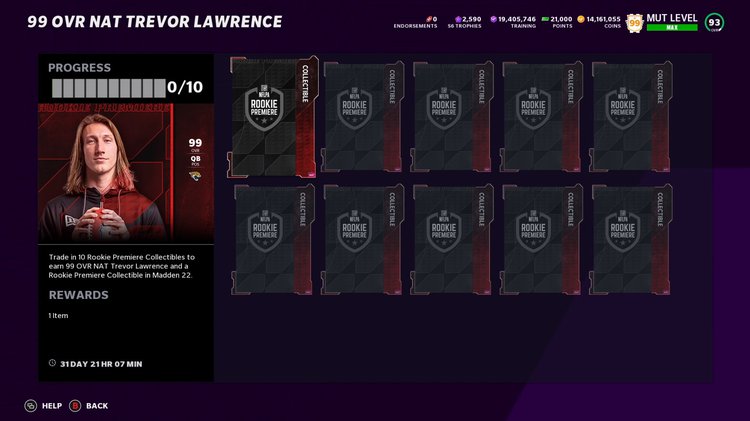 Play alongside the NFL's new top recruits and showcase their talent. Play through these challenges to earn 93 OVR Rookie Premiere players to exchange for M21 collectibles.

***If you are having trouble loading these challenges, try removing team visuals in your lineup screen first*** 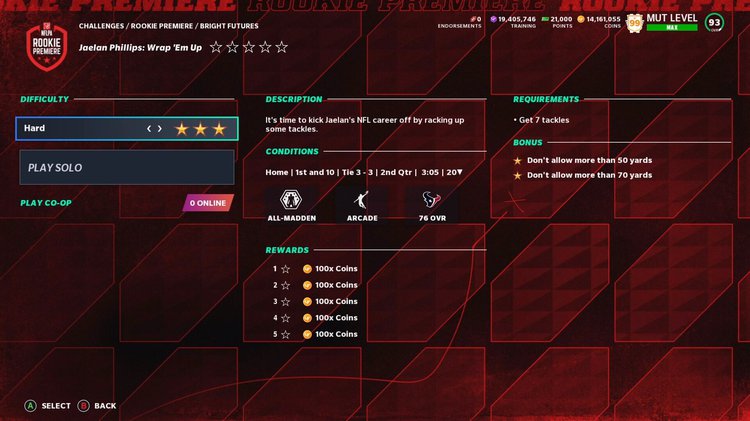 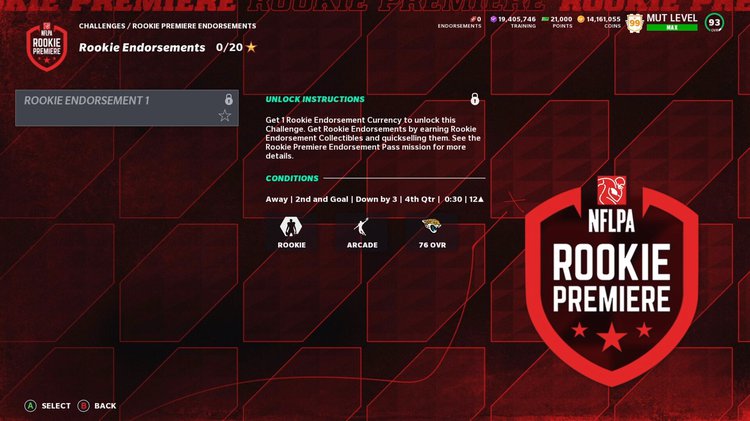 The following new Store offers can be found once the program goes live (cost listed first): 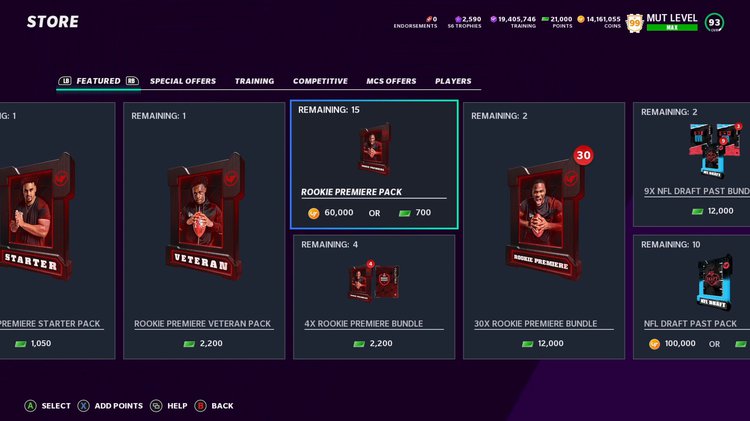 When you log into Madden Ultimate Team 22, you will get to decide how to use the M22 Rookie Premiere Collectibles you have earned from completing the M21 99 OVR Rookie Premiere NAT Master Sets. All of the following Sets will reward a Fantasy Pack for you to select 1 out of the 10 Rookie Premiere Players in next year's game (same players as M21 RP): 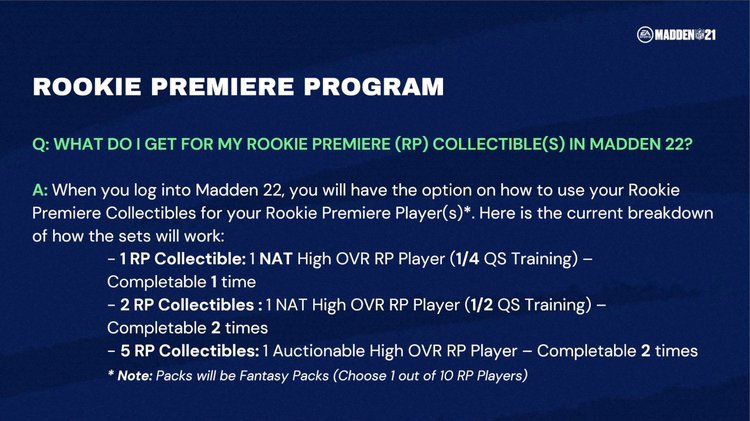 If you complete all 10 Rookie Premiere Master Sets in M21, you can get ONE of the following combinations of M22 rewards:

There will be MUT rewards tied to Rookie Premiere that will release on Friday, June 11th after 5 PM ET.