The finals for the first Madden Championship Series (MCS) event of M23 are scheduled for next Wednesday and Friday (September 7th and 9th) and like last year, simply watching the event on Twitch allows you to earn MCS Tokens in Madden Ultimate Team 23. Tokens can be redeemed in Madden Ultimate Team for exclusive player items or Twitch Drop Packs, starting with 88 OVR Jaylen Waddle!

For the first event, 2 MCS Tokens will be available during each broadcast for a total of 4 possible tokens. A set will be released closer to the event's broadcast that will require 3 MCS Tokens out of the possible 4 to earn 88 OVR BND Jaylen Waddle. If you earn all 4 tokens, don't forget to save the last one! Do not use it on a Twitch Drop pack, you will thank me later. 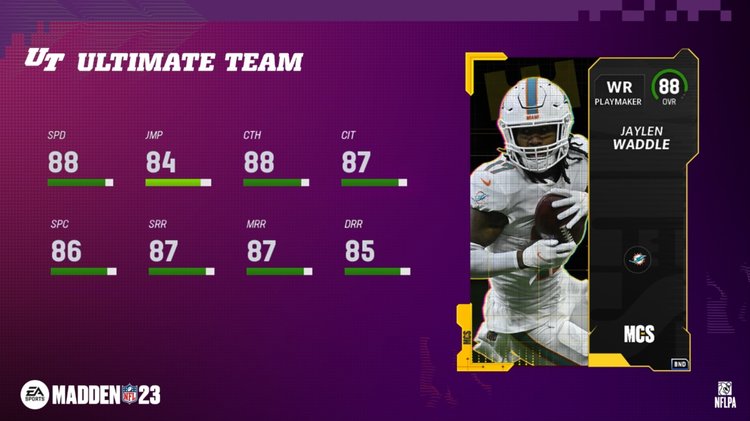 The following sets will be available closer to the first broadcast date of Ultimate Kickoff: 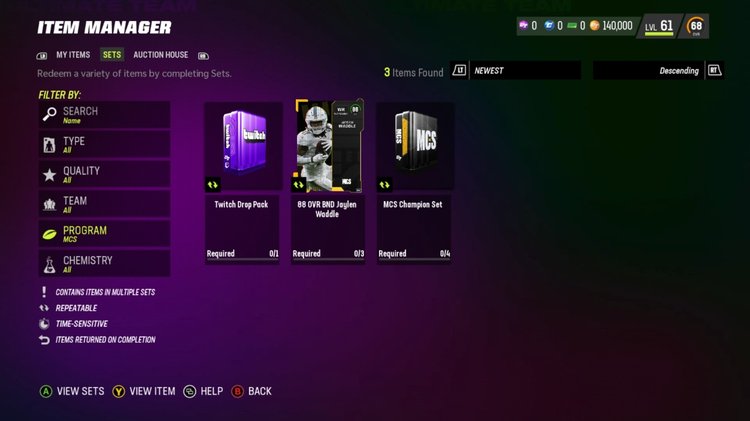 Step 1: Make sure your EA and Twitch accounts are linked to receive Twitch Drops. If you need help with this step, Click Here.

Step 2: Tune in on both Wednesday and Friday (9/7 & 9/9) and watch on Twitch for a set amount of time to receive 1 MCS Token. You can earn a maximum of 2 MCS Tokens per day (4 total Tokens can be earned during Ultimate Kickoff).

Step 3: Redeem 3 of your MCS Tokens in MUT sets for 88 OVR BND Jaylen Waddle and save your 4th in case you happen to miss future events. If you earn all 4 tokens during an event, don't forget to save the last one!

Step 4: All 4 MCS events during the year will have a special reward player that can be earned the same way. Collecting all 4 players will eventually get you a Madden Bowl Champion player item that is designed by the Madden Bowl's eventual winner! So, you won't want to miss more than 1 full event if you want the 12 total Tokens required for the Madden Bowl Champion (16 Tokens will be possible).

Will you be tuning into the MCS events this year to earn exclusive players?