This article will cover the major changes from year to year, but if you want the full Gridiron Notes, you can find them here.

After making its debut in Madden 21, The Yard received significant upgrades for Madden 22. 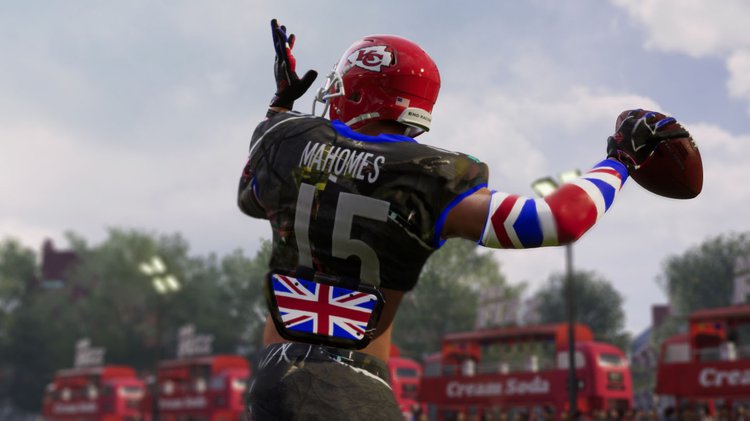 In Madden 22, The Yard has an all-new campaign mode that can be played solo or co-op with your friends. There are four chapters, each with its own venues and final boss. Venues have their own set of House Rules which determine how their games are played. EA's example from the Gridiron Notes referenced the "defensive theme" which awards 10 points for a defensive touchdown and 5 points for an interception.

Each game has its own set of objectives which include: winning the game, completing a stats-based objective, and completing an in-game action such as "fake out a defender with a juke move".

You will have to win multiple games for the opportunity to take on a location's Superstar Boss. If you are able to win, you can recruit the Superstar Boss and have them on your squad for future games in The Yard.

As you make progress in the campaign mode, you will earn a variety of rewards from CRED and REP to unique gear for your player. There are special Perfection Rewards which are unlocked by winning every game and completing every objective at a location. You will earn special gear that proves to everyone else that you dominated a specific location.

The Yard will feature Live Events this season to keep the mode fresh and provide new opportunities as the year progresses. In today's Gridiron Notes, EA announced the first Live Event will be Superstar Clash. It will contain 5 games against Pro Bowl competition at London Field. The Gridiron Notes also states that Live Events will feature "exciting brand partnerships". 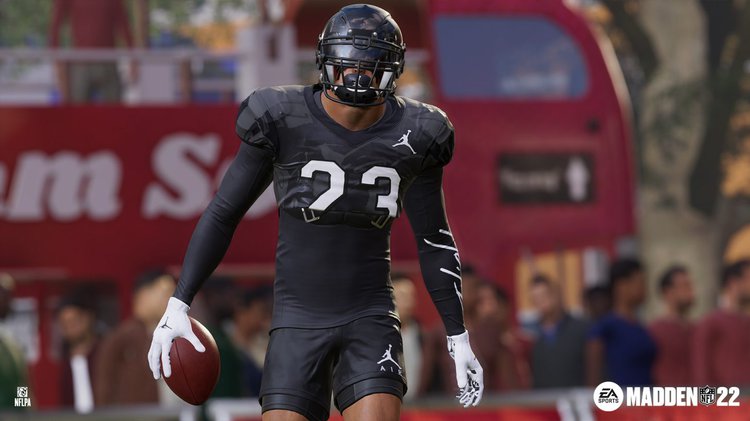 There are several new classes coming to The Yard in Madden 22. The examples from the Gridiron Notes are: 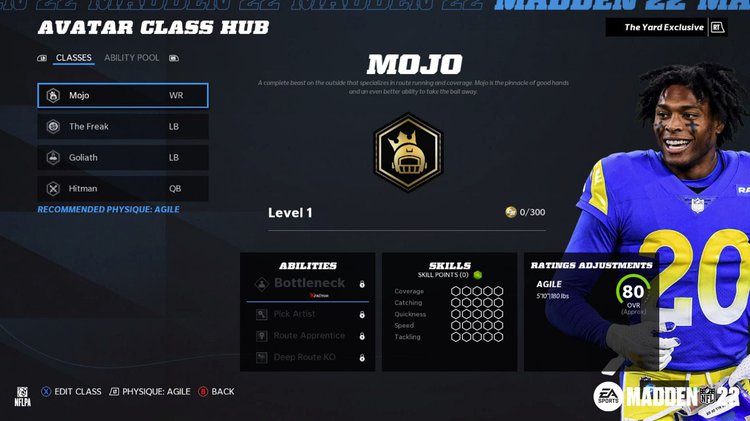 Many of the classes from The Yard are shared with the Face of the Franchise mode and progression is shared between the two modes. If you level up a class in Face of the Franchise, that progress also applies to The Yard and vice versa. As you reach max level in individual classes, you will be able to share Superstar X-Factor abilities which allows you to create custom builds by combining classes.

If you've played Superstar KO over the past few seasons, you'll notice some pretty significant changes to the mode in Madden 22. 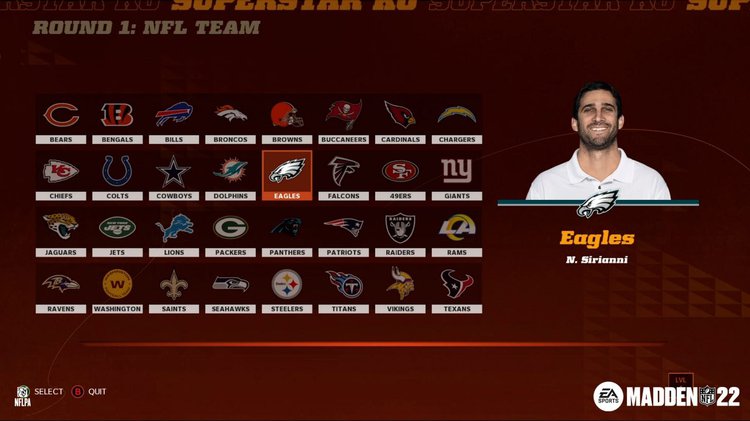 This season there will be two distinct game modes within Superstar KO:

Superstar KO is what you've come to expect from past seasons. Each team has one drive and the score at the end of both drives determines the winner. Ties are broken by tug-of-war in which both teams compete to gain as many yards as possible on a limited number of plays. A touchdown at any point in tug-of-war immediately wins the game.

Additionally there are two new game types coming to Superstar KO. Infinite allows you to play for the longest winning streak on the leaderboards. Exhibition is just a single-game event. 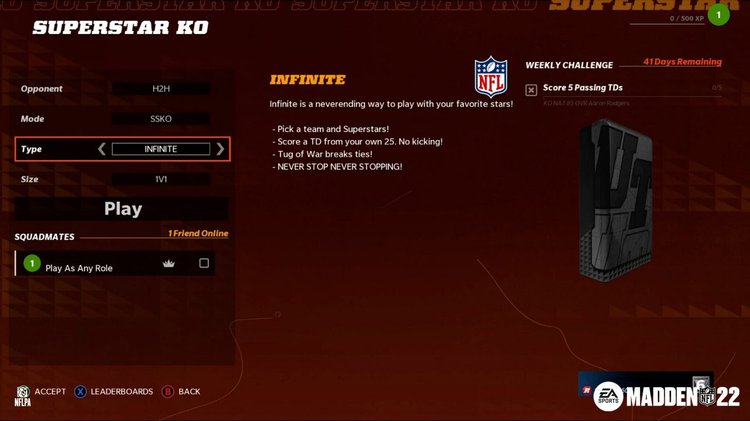 What do you think about the changes coming to The Yard and Superstar KO mode for Madden 22? Let us know and join the discussion in the MUT.GG Discord.