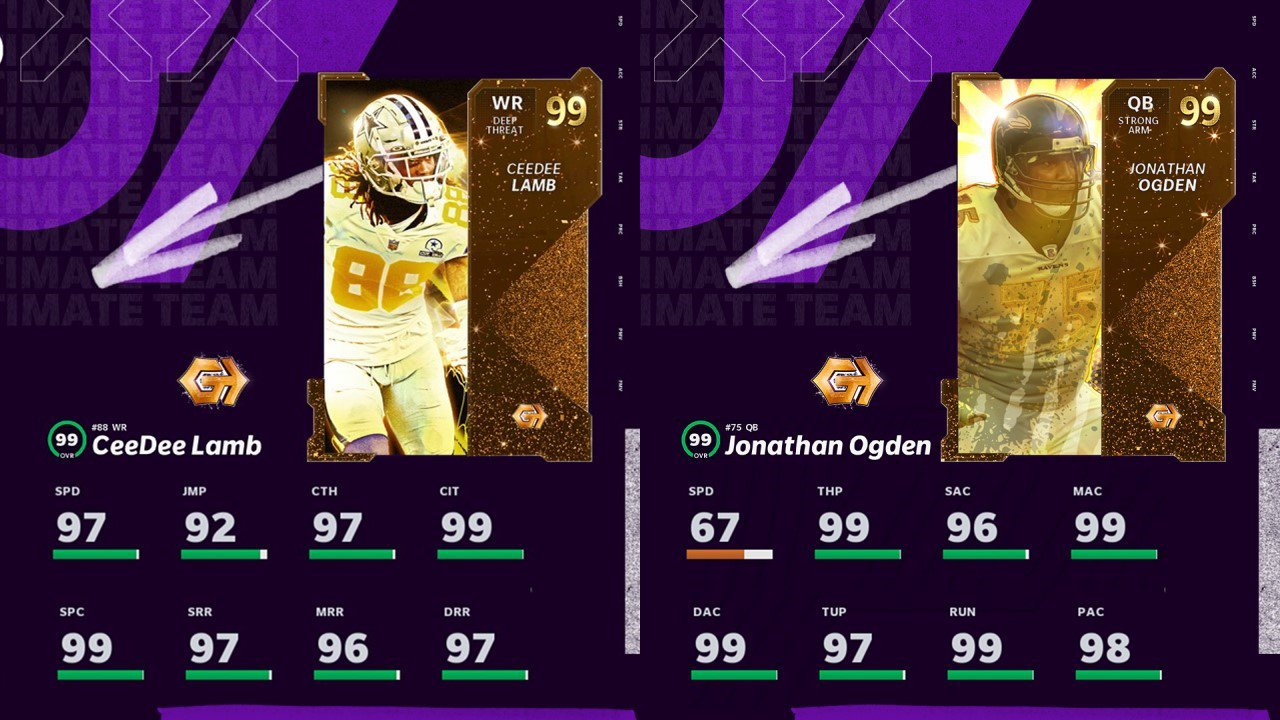 The community had their crack at creating Golden Tickets over the past few weeks and now the developers get their chance. Today's release of developer-created Golden Tickets includes CeeDee Lamb, Geno Atkins, Younghoe Koo, and QB Jonathan Ogden. Lamb's newest card offers more depth at the WR position for Cowboys Theme Teams with 97 SPD, 98 ACC, 99 CIT, 99 SPC, and 99 RLS ratings.

Defensive tackle may not be the most attractive position on the field for a Golden Ticket, but GT Geno Atkins is bringing plenty of 99 ratings to the party in the following areas: AWR, PRC, FMV, PMV, TAK, POW, PUR, BSH, and IBL.

Younghoe Koo's Golden Ticket joins Sebastian Janikowski as the only kickers currently in the game with 99 kick power. However, Koo has 99 kick accuracy while Janikowski only has a 95 rating in that category. Koo is the only Golden Ticket released today who has played for more than one team, meaning he can equip either Falcons or Chargers team chemistry without needing a Power Up.

Our final Golden Ticket of today's release is an interesting selection with QB Jonathan Ogden. If you've ever wondered how a pocket-passing, 6'9" 340 lb. quarterback would fare in the NFL, now is your chance to find out. One downside if you're running a Ravens Theme Team is you may not want to move a 99 offensive tackle to quarterback since a player can not start at 2 positions on the same side of the ball.

All of today's Golden Tickets can be found in packs for the remainder of the year and with boosted odds for the first 48 hours after release. If you have the Coins, you can always pick them up from the Auction House as well.