It's time for EA to show appreciation to all of the fans that have been playing Madden Ultimate Team 22 this year with their annual Fan Appreciation Program! This year's program features a Scrambler Tom Brady QB and Ed Too Tall Jones CB that can both be upgraded to 99 OVR by completing solo challenges that will release each week during this 3-week event. House Rules and special Store offers can also be found with Fan Appreciation. Check out everything we know about the program below:

You will receive 94 OVR versions of Tom Brady and Too Tall Jones to start. Complete new challenges over the next 3 weeks to earn the FAP Tokens needed to upgrade each player from 94 to 96 OVR, then 96 to 98 OVR, and finally from 98 to 99 OVR! Each player also gets custom Ability Slots, so you'll be able to equip some Abilities for cheaper than the player's normal Archetype would allow.

Complete these solo challenges for the Tokens needed to upgrade Brady and Too Tall Jones. Additional challenges will be released over the next couple of weeks, allowing you to reach 180 Stars. 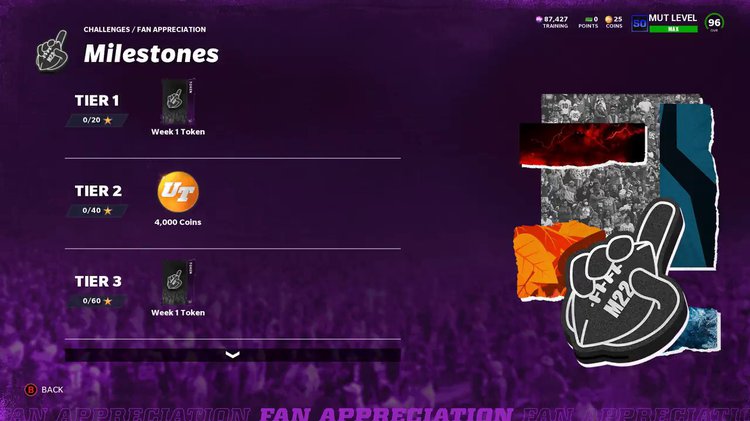 The objective in this version of H2H House Rules is simple. If you're on offense, score a touchdown to win. If you're on defense, get a stop to win. That's it! Reach 50 wins to earn a 97 OVR NCAT Fantasy Pack (prior program). We're not entirely sure which program(s) this could include, but the reward will be 97 OVR. 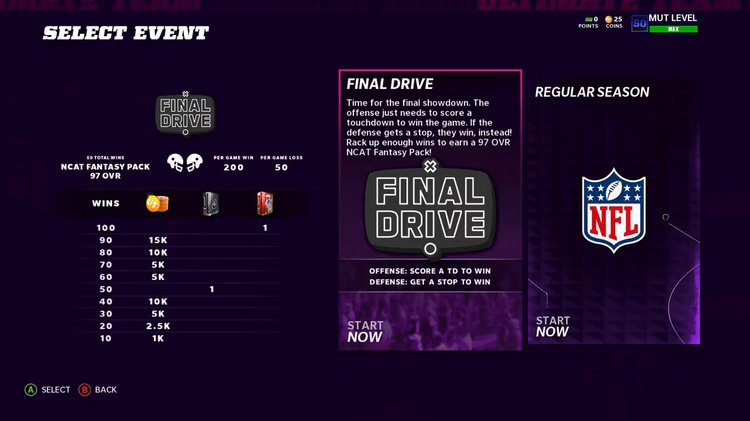 FAP Packs are back too! You can find the following offers in the Store (cost listed first): 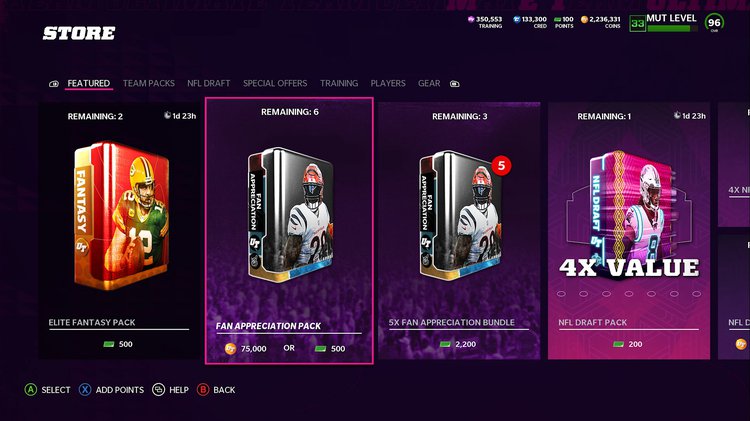 Is this year's Fan Appreciation Program a W? Let us know in the comments below.