The closed Beta of Madden NFL 23 launched today for PlayStation 5 and Xbox Series X|S consoles! EA has released a Gridiron Notes article explaining how it works and what is included. If you signed up for EA's Madden Opportunity last week, there is a chance EA has already emailed you a Beta code to begin downloading. If you signed up and haven't received your code or didn't sign up and still want to test the Beta, opportunities to earn a code will be made available on Twitter (@eamaddennfl).

Initially, the Beta will only have Play Now and H2H Ranked game modes, with additional modes being added in the future. It is important that you do NOT record, stream, or capture footage of the Beta, or else you risk removal from the Beta and a permanent ban from all Madden NFL accounts.

Check out EA's Beta notes below:

What is included in the Madden NFL 23 Closed Beta

When participating in the Madden NFL 23 Closed Beta, please refrain from recording, streaming and/or capturing any portion of the closed beta. Doing so will result in removal from the closed beta as well as complete bans on all Madden NFL accounts. 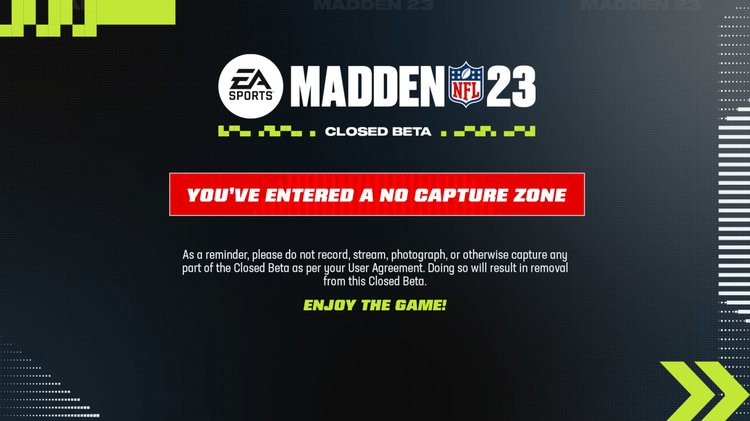 We’ll be adding to this list as different game modes unlock during the closed beta. Be sure to check back here and stay updated before giving feedback.

Note: The NFL Player and Rookie Ratings throughout the Madden NFL 23 Closed Beta have been scrambled and are not final.

We wanted to share a few best practices to keep in mind when coming across issues or giving feedback in general. Please keep in mind the more detailed information you can provide when reporting issues, the better our team can address them.

Below are some questions to think about when reporting an issue or providing feedback:

Please be sure to submit all feedback on the Madden Voice website. 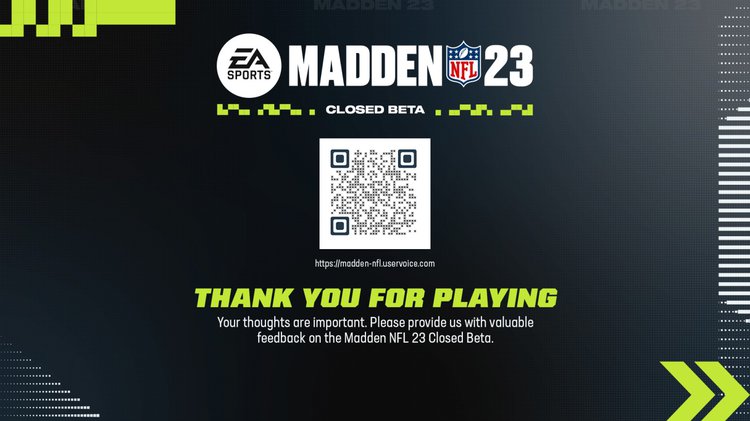 If you were fortunate enough to get a Beta code, what is your initial impression of Madden NFL 23?