Team of the Week 5 is live in Madden Ultimate Team 22, featuring LTD Will Fuller V, Player of the Week Kevin Byard, and Legendary Heroes Miles Austin and Kabeer Gbaja-Biamila. Kevin Byard takes home Player of the Week honors for his Week 5 performance in the Titans' 37-19 win over the Jaguars. Byard opened the game's scoring by returning an Elijah Molden forced fumble for a touchdown. He also recorded 10 tackles and an interception to close out the day.

Will Fuller's LTD this week is for a Week 5 performance of his in 2019 when he grabbed 14 receptions for 217 yards and 3 touchdowns against the Falcons. Miles Austin is the Offensive Hero of Week 5 for his 2009 game against the Chiefs where he hauled in 10 catches for 250 yards and 2 TDs. Kabeer Gbaja-Biamila is our Defensive Hero this week, commemorating a game of his in 2002 against the Bears where he recorded 3 tackles, 1 INT, 1 TD, 2 passes defended, and 2 sacks.

*Player of the Week and both Heroes can be acquired by completing their sets. LTD Will Fuller V can be found in packs until 10/14 at 10 AM ET. Players with higher OVR items than their TOTW items in MUT receive +1 OVR to their existing Power Up.

Check out all of the new TOTW items and their team history below:

Player of the Week: Kevin Byard

Earn 92 OVR Kevin Byard by completing his set that requires:

Earn 92 OVR Miles Austin by completing his set that requires:

Earn 92 OVR Kabeer Gbaja-Biamila by completing his set that requires: 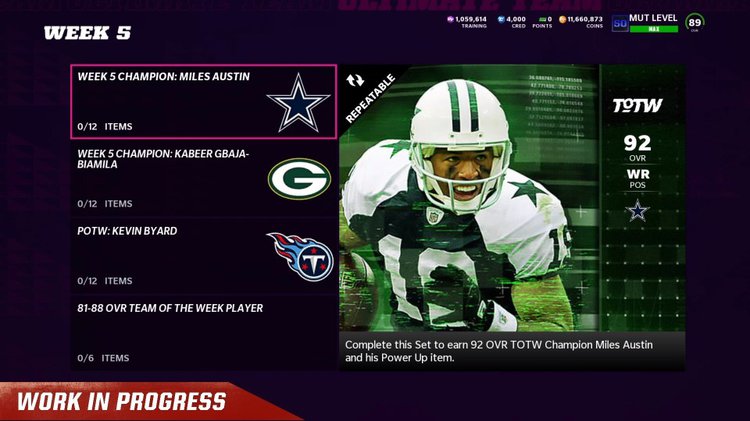 Complete the following challenges before they expire on 10/19 at 10 AM ET to earn an 88 OVR NCAT TOTW 5 player (M. Brown or Slay Jr) and a TOTY Token needed for the set that rewards a TOTY player in January (requires 17 of 21 Tokens). 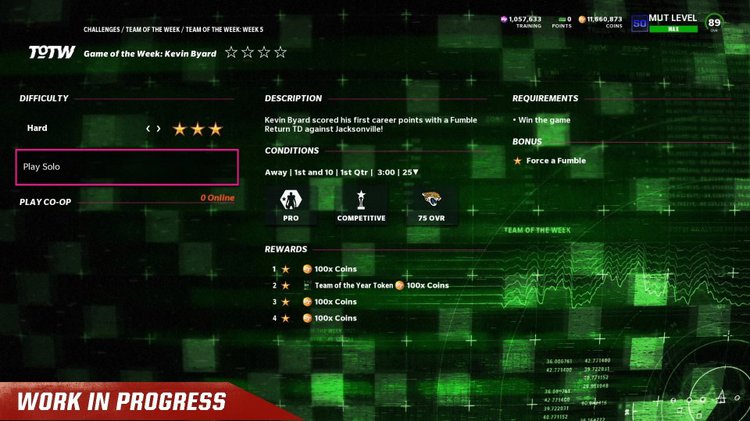 Besides Justin Herbert (new item confirmed for near future), were there any other players you felt should have been included in TOTW 5?