Richard Seymour and Keyshawn Johnson both made their MUT 22 debut this morning as this week's new Legends, giving some of the top theme teams even more love. The Patriots and Raiders fans out there will certainly be eager to see Speed Rusher Archetype Richard Seymour and his 90 SPD, 95 ACC, 95 STR, and 95 FMV coming off the edge when fully powered up.

Keyshawn Johnson gives the Jets yet another top-tier wide receiver and helps bolster the already strong Buccaneers and Cowboys Theme Teams too. I don't know many bold enough to run a Panthers Theme Team but if you are, Keyshawn fills a major need at WR alongside recently-released Robby Anderson. Keyshawn Johnson is a Route Runner Archetype with 94 SPD, 95 CTH, 95 CIT, 95 SPC, 94 DRR, and 94 MRR ratings.

The LTD versions of Seymour and Johnson can be found in packs until 10 AM ET on Monday, November 22nd. Each player's Boss Edition can be earned by completing their set (details under Sets). 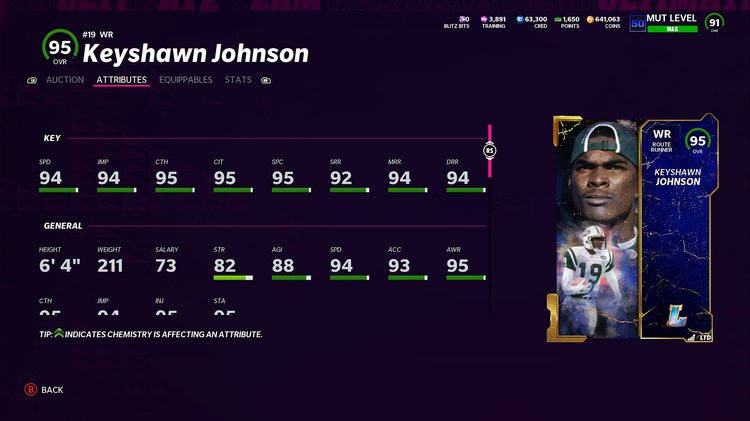 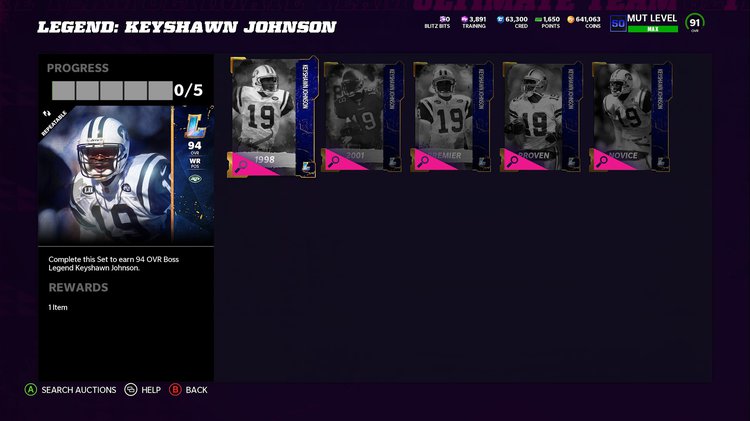 Complete both of today's new Challenges to earn a NAT Novice Legend Player (87 OVR) of your choice between Richard Seymour and Keyshawn Johnson. Completing each solo also rewards you with 1,000 Coins, the respective player's Power Up item, and 1 Legends Token needed for the Token Exchange Set. 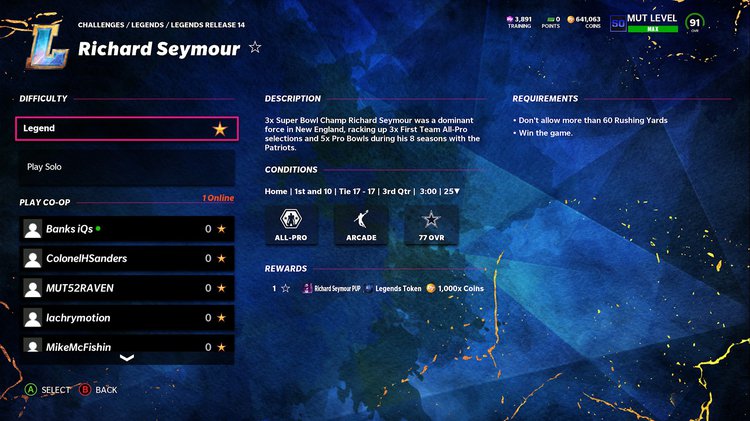 What are your thoughts on Seymour and Johnson? Let us know. We have comments now!