The first Legends of Madden Ultimate Team 23 made their debut this morning with the All-Madden Program. There are a lot of great names scattered across the field on offense and defense in this program, headlined by Randy Moss and Lawrence Taylor! The set to earn each 89 OVR All-Madden Player requires 28x 82 OVR All-Madden Players, not ANY 82 OVR player.

**At the time of publication, EA revealed the screenshot at the end of this article indicating no SPD boost. This has since changed and a +1 SPD boost is now possible at Tier 8 for Legends Chemistry. 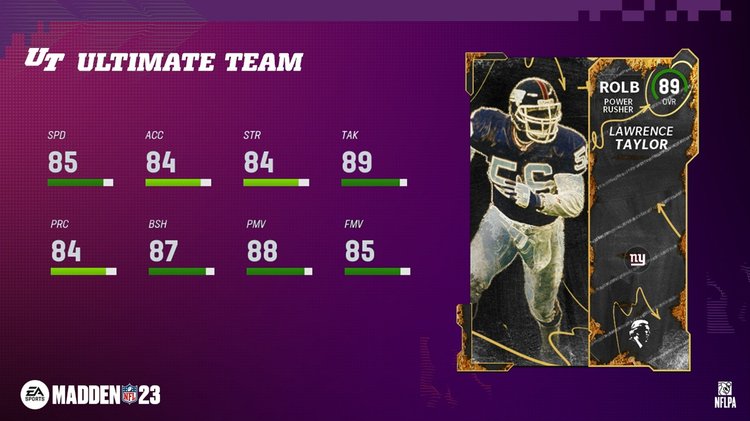 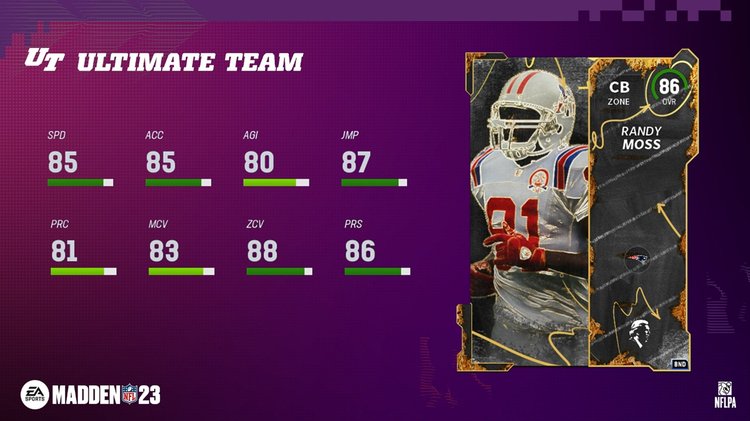 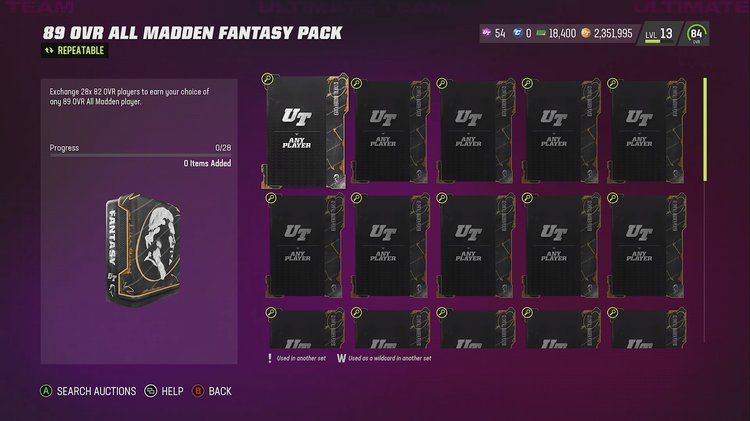 Battle through these challenges as we show off our All Madden team. You'll also get to learn about Coach's history. Earn 55 total Stars to receive 86 OVR CB Moss. 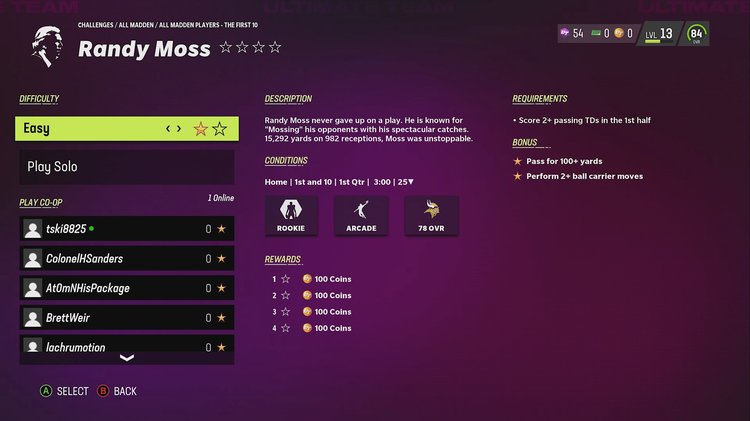 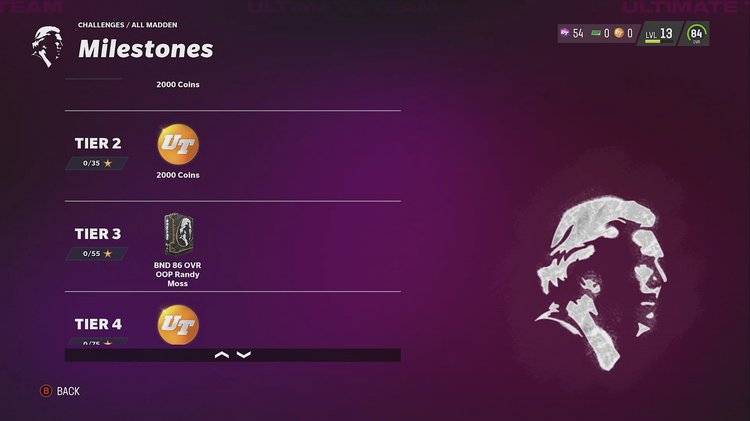 The following offers can be located in the Store (cost listed first): 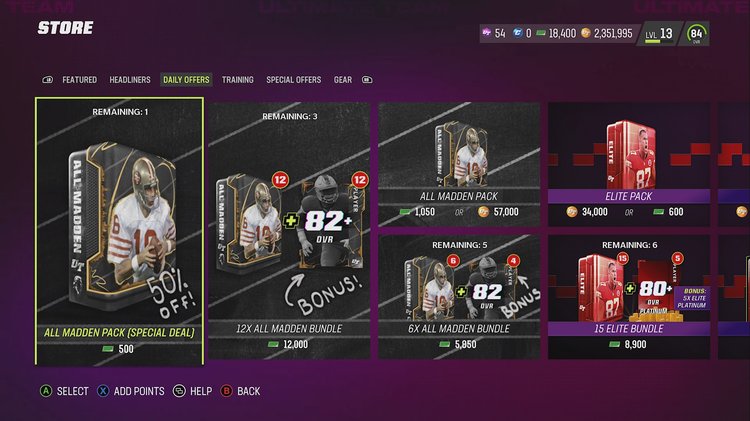 If you're building a Legends Theme Team this year, here are the boosts that can be earned: 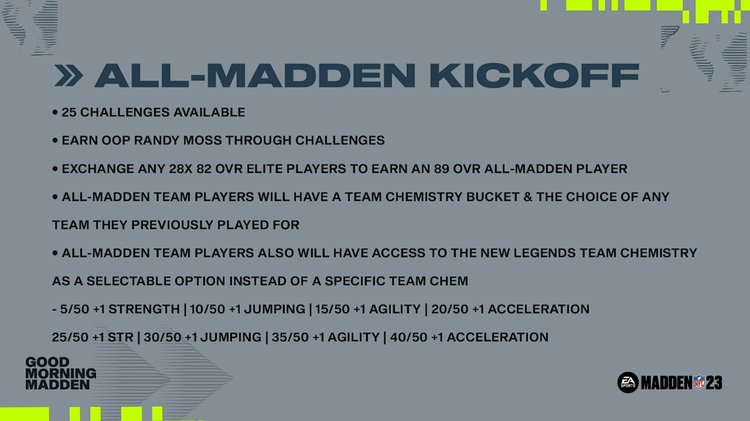 What are your thoughts on the first legendary players in MUT 23?